Home  » Democrats Are Sympathetic To Their Cause, The Republicans Couldn’t Care Less: Would America Be Better Off Without Unions? 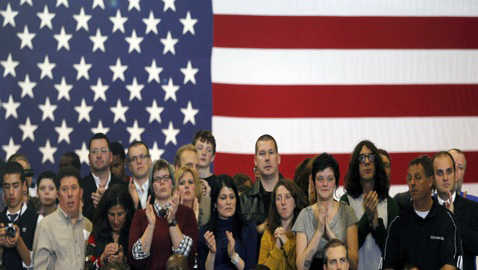 Barely have the elections ended and the new administration got down to tackling issues that had been earlier put on the back burner, when it is having to deal with strikes and walkouts, with unions being behind all of them, be it the teachers strike in Chicago, the Airlines fight, the sudden strike by Walmart workers or the one initiated by the fast food workers of New York City and the one in Michigan that is currently hitting headlines.

So are Labor Unions a menace that should be done away with or are they a social necessity?

Employers and companies that have labor forces protected by unions would be extremely happy if the unions were banished from the face of America, as would the Republicans, who believe that they throttle the freedom of conscientious workers.

However, there is a large chunk of employees who believe that it is because of these unions that a reasonable harness is put around their employer’s failing which they would really unleash terror on the hapless unprotected workers.

Many economists and experts in union activities say that contrary to popular opinion, unions were doing a great service to the labor class and their mere presence, is a buffer, a safeguard against employer abuse and exploitation.

Union leaders say that the small worker, on his own is incapable to take on the might of an Apple, a Walmart or a Burger King, all three of whom have been accused of worker exploitation. If employers stopped abusing their powers, Unions would die an automatic death, they say.

The unions give its members a unified voice, a shared and bargaining tool that makes their voice heard loud and clear and too powerful for the management to ignore or disregard. In unity lies strength, too small and insignificant to take on the mightiest in the land, for many workers, joining a union and seeking its protection is the only remedy that they have.

Collective bargaining is a strong and widely used bargaining tool and brings added strength to the negotiating table. Senators join hands when they are fighting for a bill to go through, allied countries join hands to fight a common enemy, wealthy companies, extremely competitive, shed aside business considerations and jointly lobby to get polices changed.

So many times we find that all the industries in a particular location gang up together and fix a common wage level for its employees. Workers have no choice but to work at those wages. The collective strength of the industries, forces the workers to bend to the industry dictates. Just as employers unite to set wages, it is the fundamental right of the workers to present a unified voice to demand better wages and benefits.

Unions however, can fight and undo such exploitation and hence are a necessity to ensure that simple and vulnerable worker is not oppressed. This is the very reason why unions are disliked by employers – they hinder and restrict their ability to close ranks amongst themselves and apply force on the workers and get them to do their bidding.

On the other side of the coin, there is no denying that unions sometimes side with the worker, even though he is in the wrong. They try to brow beat the employer into submission through intimidation and threats.  But then unions are not fun clubs were the members come to party and have a great time, they are there to fight for and secure workers rights and if during that purpose, they have to be belligerent and confrontational, so be it.

The epidemic of strikes in the country is evidence that American workers are not going to take unfairness and discrimination in their stride, but will fight it tooth and nail. The Democrats are sympathetic to their cause, but the Republicans are indifferent to their demands. The unions are determined to go to any limits to win the battle raging in Michigan fight – and why not, there future depends on it.

Democrats Are Sympathetic To Their Cause, The Republicans Couldn’t Care Less: Would America Be Better Off Without Unions? by Harrison Barnes
Tags: employee management
Tweet Like Plus Pin It Share

Back-to-School Brings Unnecessary Stress for Working Parents
Let’s Get Social
Feel like getting in touch or staying up to date with our latest news and updates?
Related Posts
Latest In Work Relationships
BCG FEATURED JOB