Home  » Fired: Workplace Rights You Think You Don’t Have – But Have 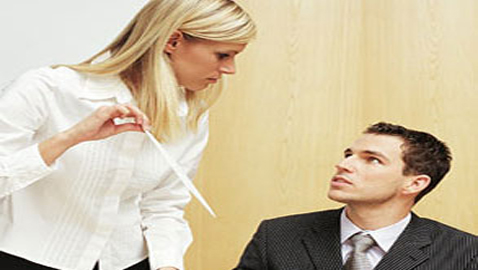 In a sluggish economy workers are invariably on the wrong end of the see-saw, with the employers always having the upper hand in all matters, from signing them, deciding their salary, working hours and conditions and even enjoy the luxury of   firing them at will, if they are deemed to have outlived their utility.

Most workers are attuned to hearing that their employers can “dismiss them at will” and that the law empowers them to do so. So ingrained is this belief in their psyche that, when such an eventuality does occur, they just bemoan their fate and hope that the next job will come along sooner rather than later.

Well the employees have another ‘think’ coming and they need to understand that employers do not have unhindered liberty to sack them and that not all dismissals are lawful and that the employer could be guilty of wrongful dismissal and be legally forced to reinstate them, along with back pay and other damages.

All employees who lose their jobs, because the employer suddenly found them redundant know how frustrating and harrowing an experience it can be, not to speak of the financial losses that they have to face owing to such unfair and sudden termination.

CareerBuilder says that there are many circumstances that can constitute unfair firing, it cautions however, that rules vary from state to state but basically these situations are legally binding and applicable throughout the country, save for a few stray omissions.

If the worker loses his job in retaliation to his exposing the employer’s illegal activities, or rebuffing sexual advances or taking steps that ensure that the employer is not in violation of public policy, than he has a very strong case against his employer and can not only challenge his termination in court but also get considerable financial compensation.

If the termination has been on the basis of your skin color, whether you are a man or a woman or because of your religious affiliations or any other prejudiced reason than you have a strong case of discrimination against your employer.

If a jealous co-worker makes a false allegation against you and based on the complaint you are asked to leave, you can seek to be reinstated on the premise that the character assassination that you have been subjected to you has soiled your reputation and will make it hard for you to find another job.

Ironical as it may sound, many a times employers fire their workers for doing their job well. Such employees merit promotions and a raise in their salaries and instead of giving their just dues, prefer to wash their hands of them. Such dismissals can be challenged on the grounds that they were unethical and a breach of trust and faith on the part of the employer.

Finally, if you have resigned from the jobs, because the employer made the workplace so intolerable for you that you were left with no other alternative but to resign. In the eyes of the law, such ‘constructive discharges,’ are as good as being asked to leave.

If your dismissal falls under any of the mentioned circumstances, then don’t hesitate to take it to the courts, seek legal recourse, either  by filing a civil suit or by filing a claim through a government agency that is mandated to oversee labor laws.

However, knowing exactly where you stand and what are your chances of victory in a confrontation with your employer; it is advisable that you brush up on your state’s labor laws through the Department of Labor and by consulting an employment lawyer about the validity of your dismissal.

In all probability, the employer will be forced to take you back, in addition to paying you lost wages and the legal expenses that you have incurred. Many states force employers to pay further disciplinary damages. Furthermore, an intangible benefit is that your employer will be wary of tangling with you fraudulently and as long as you don’t flout workplace rules, your job should be safe for a long-long time.

How to Cope With Losing a Job
Let’s Get Social
Feel like getting in touch or staying up to date with our latest news and updates?
Related Posts
Latest In Work Relationships
BCG FEATURED JOB