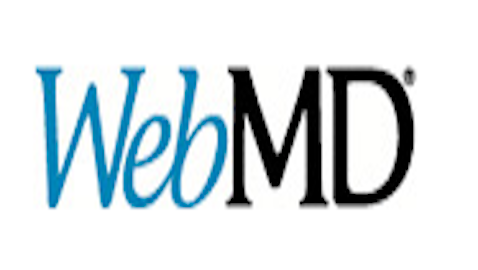 WebMD  is a name that many of you may know if you spend a lot of time scouring the web for health information. For those of you who have not used the site, or who do not know much about the company on the whole, we are going to take a look at how the company has chosen to describe itself before we talk about the job cuts to come, “WebMD has created an organization that we believe fulfills the promise of health information on the Internet. We provide credible information, supportive communities, and in-depth reference material about health subjects that matter to you. We are a source for original and timely health information as well as material from well known content providers. The WebMD content staff blends award-winning expertise in journalism, content creation, community services, expert commentary, and medical review to give our users a variety of ways to find what they are looking for. And that, we believe, requires dedicated, full-time staff professionals with state-of-the-art expertise…”

Sadly the company is getting ready to cut back on about a third of its workers. While the layoffs do not, at the current moment, have any exact number from the company it is likely that they are going to be making a mass layoff action happen under the current federal guidelines. For those of you who are not familiar with the idea here is a look at how the
federal government defines a mass layoff, “actions that result in workers being separated from their jobs. Monthly mass layoff numbers are from establishments which have at least 50 initial claims for unemployment insurance (UI) filed against them during a 5-week period. Extended mass layoff numbers (issued quarterly) are from a subset of such establishments—where private sector nonfarm employers indicate that 50 or more workers were separated from their jobs for at least 31 days.”

This is, as you can imagine, not the only time that a health care related company has made job cuts in order to set its balance to right. For those of you who missed out here is a sneak peek at some of our earlier coverage of health care job cuts, “The Telegraph reported the James B. Craig Nursing Center at Central State Hospital in Milledgeville will close in a little more than a year. The closing will send 127 seriously disabled patients to smaller community nursing facilities, and forcing its 350 employees to unemployment. Regional Hospital Administrator said:  “We’re anticipating closing the Craig Center Dec. 31 of 2013,” according to The Telegraph. There are three reasons the Department of Behavioral Health and Developmental Disabilities has decided to close the state-run nursing home. Regional Hospital Administrator said:  “Number one is the state of Georgia is choosing not to be in the nursing home business any longer,” according to The Telegraph. The second reason for the closing is the belief the individuals who reside at the Craig Center can be supported by existing community care facilities. The third reason is that state officials aren’t sure the Craig Center’s operation would meet standards of a U.S. Department of Justice settlement.”