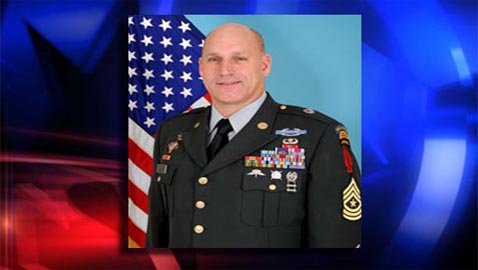 Thirteen years after he was fired, Army Special Forces Sgt. Major Rick Erickson stands vindicated for his long legal battle. An administrative law judge has ruled that, not only must he be re-established in his postal worker job but also be paid his lost wages his benefits be restored and that the legal fees that he incurred be reimbursed. The total compensation that he will receive may exceed $2 million.

Erickson, an Army Green Beret, had won many military honors, among them the Purple Heart and three Combat Distinguished Valor awards. He was sacked by the American Postal Service, for taking excessive military leave, thirteen years ago, forcing him to re-enlist in the Army National Guard. He had to actively serve in Afghanistan to support his three daughters. He was twice shot in the arm, when his unit was ambushed in 2004.

Erickson had joined the U.S. Army National Guard in 1990, had attempted to have his job termination annulled and sought to be reinstated in 2000.  After returning from duty in Afghanistan in 2006, he filed an appeal, with the Merit Systems Protection Board to hasten his case claiming that the USPC had infringed on his rights to serve in the military whilst being employed elsewhere – a right granted to him by the Uniformed Services Employment and Reemployment Rights Act.

Erickson said that it was a pity he had to fight for so many years for something that could have been determined with a speedy resolution. He alleged that the Postal Service was just not interested in doing the justified thing.

He said the legal battle has been a huge ordeal and torment to him and his acquaintances, keeping him away from his daughters, which as a single dad was a very hard thing to do.

He said that his victory was not his alone, but a victory for every veteran who has fought for the country. He said the only difference was that he was able to bring it to a logical conclusion in the courts, whereas other veterans in similar positions had to spend the rest of their lives in relative obscurity, financially unable to fight in the courts.

The US Postal Service is not in consonance with the decision and plans to appeal the pronouncement and has accepted it under advisement even though U.S. Merit Systems Protection Board has ordered the USPC to reinstate Erickson by January 18, 2013 and even if they go into appeal, which could prolong the case by a couple of years, they have to start paying his salary instantly.

Responding to the news that the USPC may go into appeal, Erickson said that it would be better if they realized that they had done something that was not right and instead of wasting tax-payers money should accept it gracefully. Moreover, he said that his firing meant that he was not acceptable to other federal agencies and he was left with no other alternative but to re-enlist.

He said that it was unfortunate that he had to fight two battles, one in Afghanistan fighting an external army and one an internal battle with the Postal Service.  He said he was fighting for the country; it was matter of life and death, where you cannot be diluting your time thinking of the job that you have left behind or the injustice your employers have done to you.

Erickson’s lawyer, Greg T. Rinckey said that he failed to understand why the USPC was constantly going into appeal against the decisions that were all going in favour of his client.

He said that they were willing to settle the matter in 2006 and it would have been easy to settle and would have cost them considerably less than the $2 million they are likely to pay now making it one of the biggest compensations ever paid in an employment case against the American Postal Service and the federal government.

Top Trends in Human Resources
Let’s Get Social
Feel like getting in touch or staying up to date with our latest news and updates?
Related Posts
Latest In Work Relationships
BCG FEATURED JOB

Civil litigation attorney with 1-10 years of experience. The attorney will be responsible for resear...