Home  » How is Obamacare Going to Affect New Jobs? 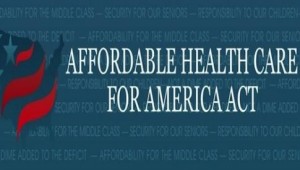 Obama Care is going to be HUGE for the part-time, freelance marketplace and small companies like Hourly Nerd are going to boom.

As some companies, anxious about the costs and unknowns of the Affordable Care Act, freeze full-time hires, it’s expected there will be a boom in hiring part-time and freelance workers. And that’s good news for Hourly Nerd.

Hourly Nerd, which started in a Harvard Business School (HBS) classroom, is an online talent marketplace that links MBA students who have spare time and seek extra cash with small businesses that lack the funds to hire a consultant but could use freelance help or advice from top MBA students from premier consulting or accounting firms and investment banks.

“Hourly Nerd is the answer for businesses wanting to hire US workers, but are concerned about Obama Care costs, the economy and the dangers of hiring full-time employees.” says co-founder Rob Biederman. “For a small business who cannot afford to hire a major consulting company like a McKinsey, Booz Allen & Hamilton, Deloitte, or Bain, we provide top freelance talent at affordable prices who can offer analysis, financial forecasting, accounting, website development, or any task that helps a small business needs to succeed.”

Small business owners have already been hit with an increase in the payroll tax. They are being crunched. Once Obamacare provisions hit, they will be responsible for providing healthcare, which is expensive. Many will choose to be hit with the $2,000 penalty, a less costly option. Obamacare discourages job creation. A company that has 45 or 49 employees will think long and hard about adding new workers because once a firm has 50+ employees, it will be obligated to provide healthcare coverage. Instead, small business owners are hiring freelancers.

Well, my opinion on ObamaCare is that it seems like it is really doing more good than bad. But, then again I am a middle-class woman so I do have more pro’s than con’s. Along the lines of his new job reform he could be doing a lot more, he’s not very diligent.

We are in a unique position of employing in healthcare and depending on insurance for our living. Our practice employs 107 people at this point and we have always provided health insurance for our employees on a 50/50 basis. Over the past 2 years this ratio has been questioned as the cost of our health plans have continued to increase. We have changed plans several times over the past few years, always including our employees in the decision making process. Most of our employees are more interested in the out of pocket cost to them, so have chosen plans with lower deductibles but higher premiums. Most of our employees are also younger and have had little use for the healthcare system as of yet. The older employees and those that are planning families have all chosen plans that will have the least overall cost, although they may have a higher deductible. These plans have also included health savings accounts. With the new healthcare law, we will not need to change anything that we currently do for our employees’ health insurance plan. All of our current plans exceed the requirements that have been revealed thus far. However, there has been significant discussion among our staff to seek out the lowest cost insurance option, whether in our plans or those in the exchanges.

As a healthcare provider, there is significant angst when we consider the future of our finances under the new healthcare law. We have already been hit with an increase in our income tax, as well as an increase in our state tax which makes less capital available for expansion and investment in our future. This also means we are less secure in hiring new employees to fill roles in an expanded business. Buying less equipment, of course, affects the jobs at those equipment suppliers.

We are specialists and have no idea how our specialty will be reimbursed for our services. There are no schedules set up for reimbursement for our services. We don’t know if any of the newly insured patients will be covered for our services or if that coverage will provide a significant cost-benefit ratio for us to be involved. We also don’t know if we will be compelled to be involved in accepting any of these patients. We expect that there will be a larger number of insured patients, but we don’t know how many patients or how many of them will need our services. If there are significant number of patients that are seeking our services, we are uneasy, that we will not be able to accommodate this new influx. The push so far has been for those younger, uninsured patients to get on these insurance exchanges, but these younger patients generally don’t need orthopedic services very often.

I have talked to many business owners who have cut employees hours from 40 down 30 because of Obamacare. Some business owners are also paying some employees under the table to make their business look like they are having less employees so they will not have to pay for health care. I have talked to numerous doctors who are fed up with the cuts in payments to Doctors for Medicaid as well as Medicare. They are starting to not take any more patients of these types or just cutting them out altogether. They also state that not only are they poorly paid for these clients but they have to send in 6 page reports to the government for these clients and it is just not worth it. So much for keeping the doctor of your choice. Also Obama did not go to the medical schools and ask them to increase their enrollment of more medical students to handle the influx of 30 million new patients which will automatically result in rationing and much slower rates of appointments.  Many insurance companies are withdrawing from many states to avoid paying. Rates are skyrocketing around the country when Obama said that they would go down.  Now Obama has approved for the Congress not to have to submit to Obamacare and the unions are pushing for exemptions because they don’t like it. This of course does not count the over 3,000 exemptions that Obama has granted to businesses. This was sold as a cure-all and the conservatives rightly predicted a whole mess. This of course does not count the huge added debt called for by hiring over 60,000 new IRS agents to help implement Obamacare. Obama denied that it was a new tax that conservatives accused him of until they went to the Supreme Court and they admitted that yes it was a new tax.

Jobless Claims Drop by 10,000, a Ray of October Sun
Let’s Get Social
Feel like getting in touch or staying up to date with our latest news and updates?
Related Posts
Latest In Work Relationships
BCG FEATURED JOB