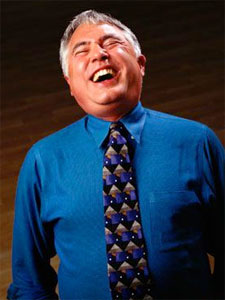 Speaking of business jargon, here are some new words you might not be familiar with:

BLAMESTORMING: Sitting around in a group, discussing why a deadline was missed or a project failed, and who was responsible.

SEAGULL MANAGER: A manager, who flies in, makes a lot of noise, craps on everything, and then leaves.

ASSMOSIS: The process by which some people seem to absorb success and advancement by kissing up to the boss rather than working hard.

SALMON DAY: The experience of spending an entire day swimming upstream only to get screwed and die in the end.

SITCOMS: Single Income, Two Children, Oppressive Mortgage. What yuppies turn into when they have children and one of them stops working to stay home with the kids.

STRESS PUPPY: A person who seems to thrive on being stressed out and whiny.

PERCUSSIVE MAINTENANCE: The fine art of whacking the crap out of an electronic device to get it to work again. (also called APE DYNAMICS)

ADMINISPHERE: The rarefied organizational layers beginning just above the rank and file. Decisions that fall from the adminisphere are often profoundly inappropriate or irrelevant to the problems they were designed to solve

404: Someone who’s clueless. From the World Wide Web error message “404 Not Found,” meaning that the requested document could not be located.

OHNOSECOND: That minuscule fraction of time in which you realize that you’ve just made a BIG mistake

And just a couple of IT-related words:

ID10T ERROR: A technical-sounding term used when a computer problem was caused by the idiot using the computer.