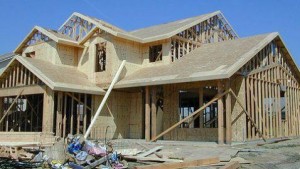 Three industries in the state of New Mexico have more jobs now than prior to the recession even though the state’s overall recovery has been incredibly slow, according to the Albuquerque Business First Morning Edition.

During the recession, the sector of education and health services did not lose jobs and has been able to show employment gains at a steady rate. The job numbers in the natural resources and mining sector dropped drastically in 2008. As of 2009, the industry began to rebound and has more jobs now than prior to the recession. This data was released by the New Mexico Department of Workforce Solutions.

Compared to December of 2007, the department of leisure and hospitality also has more jobs today.

“Education and health services has been the strongest industry to weather the recession, and it has helped to lessen the overall negative effects the recession had on the labor market,” the report stated.

“It was the one exception of all industries, as no jobs were lost and it continued to grow both during the recession and throughout the recovery period. Since the onset of the recession in December 2007, education and health services employment has grown by over 10 percent.”

Compared to December of 2007, the job numbers for the natural resources and mining sector were 23 percent higher.

August Brings Bad News for the Economy, with Glints of Hope
Let’s Get Social
Feel like getting in touch or staying up to date with our latest news and updates?
Related Posts
Latest In Work Relationships