Home  » Violentacrez Unmasked: Michael Brutsch’s Past Catches Up With Him, Loses Job 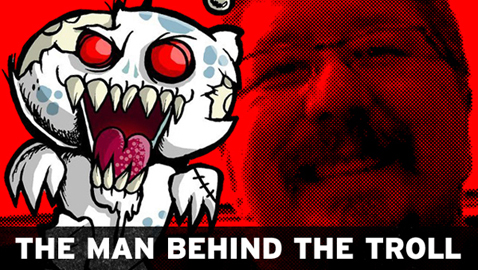 You pay for your sins and your evil past will one day catch up with you is an adage that 49-year old, Arlington resident, Michael Brutsch has learnt the hard way.

Brutsch was into trolling in a big way and hid is identity behind his “Violentacrez” pseudonym, merrily and without compunction posting lewd pictures of women, unaware their pictures had been taken on his dubious creepy forums.

Brutsch was Reddit’s most notorious user and there was a clamor to know who he was. He was responsible for running some of the site’s most vulgar and disconcerting forums, with self-explanatory names like ‘rapebait,’ ‘incest,’ and ‘chokeabitch’ among others.

According to reports Brutsch got the boot from his financial services company, within 24 hours of being exposed by Gawker editor Adrian Chen. Brutsch had an inkling of what was in store for him, once the interview was published, for Chen says that he beseeched him not to reveal his identity, rightly fearing that it could cost him his job.

Brutsch told his interviewer, “My wife is disabled. I got a home and a mortgage, and if this hits the fan, I believe this will affect negatively on my employment. I do my job, go home watch TV, and go on the internet. I just like riling people up in my spare time.”

After losing his job he posted on Reddit, “there was nothing like living in the US with a disabled wife and no health insurance.”

Within minutes of the article being published it had been viewed by upwards of 20,000 people. Half an hour later the article was banned, as it contained private information about a user, but the damage had been done.

Later Reddit general manager Erik Martin admitted that banning the article was a mistake, after e_coleslaw commented that since VA agreed to be interviewed and revealed his identity, the article was fair and above board.

Banning the article was perhaps the site’s last ditch effort to save a friend, who had played a crucial role in making it the online success that it has become today.  Even though it has not reached the heights of Twitter and Facebook, it is a powerful force on the social media – even President Obama held a Question and Answer program on it last month.

Adrian Chen wrote that Brutsch was very scared when it dawned upon him that his identity was now known. “It’s amazing how much you can sweat in a 60 degree office,” he had cringed. Being on the wrong side of being exposed, was something he did not like one bit and perhaps gave him an idea of how his victims must have felt.

Surprisingly, even though he knew his game was up and that his charade was exposed he said that he did not regret anything that he did. “I would stand by exactly what I’ve done.”

He told Chen that he needed to keep his anonymity to have the freedom to express himself. He kept on pleading that he would do anything for Chen, if got the assurance that his true identity was not revealed. “I am at your mercy because I really can’t think of anything worse that could possibly happen. It’s not like I do anything illegal.”

Even though he says that his family accepts him for who he is, his exposure will surely mean social ostracism and could even lead to legal complications for him.

Expected Changes in 2016 to the Workplace
Let’s Get Social
Feel like getting in touch or staying up to date with our latest news and updates?
Related Posts
Latest In Work Relationships