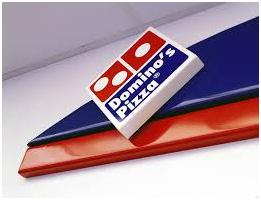 Following a labor laws lawsuit against Domino’s Pizza Corporation, 61 employees win their settlement and $1.3 million to go along with it. The employees brought up a trial against the company for violating labor laws and wanting them to take responsibility for how they treat their employees, according to The New York Daily News. It wasn’t a lawsuit against the entire corporation, but the franchise located on East 89th Street in Manhattan, New York. The workers were of African, Bangladeshi and Latino heritage, and all being treated poorly by their supervisors and management.

This lawsuit lasted about three years, and not only provided a settlement for the employees of the Domino’s franchise, but sent a good message to other individually owned and operated businesses in the area that workers can and will defend themselves if they are treated poorly. It all began when workers from Domino’s Pizza on 86th Street in Manhattan were making negative statements against their establishment. A letter was written to them from the franchise claiming a threat that they would take legal action if it was not stopped. This resulted in the employee’s lawyers stepping in and claiming it was valid proof that they were not being treated as they should.

Attorneys were in part provided by the National Mobilization Against Sweatshops (NMASS), which defends companies from hiring workers with very low pay, no benefits, and poor work conditions. The workers at this Domino’s claimed sweatshop-like working conditions, wage theft, and disrespect from management.

One employee, Carlos Rodriguez Herrera, claimed he had worked as a deliveryman for two years and had 20 hours of work every week taken from his paychecks. Another employee said they weren’t given lunch breaks that local laws require, had to pay for their own delivery repairs on their bicycles, and even bought their own work uniforms.

It was a long process getting to the point where the 61 workers of Domino’s in Manhattan got the settlement money. In the beginning, they attempted to file complaints with the State Department of Labor, but kept getting the run around. Two years later, they finally got the attention of the labor board when even more employees joined their cause. They got help from NMASS, the Legal Aid Society and private attorneys, and were able to sue Domino’s. At their trial, they were awarded $1.3 million for the way they were treated and bad working conditions.

Following the lawsuit and settlement, this particular franchise has had to file bankruptcy. It is a good warning for other businesses treating their employees in the same manner.

Want to see which Hospitality jobs are available near you? Click here to see.