Home  » Is U.S. Economy Stuck in the Slow Lane? 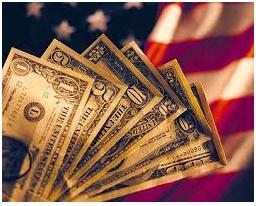 Economists were predicting breakout growth for the United States economy in 2014, but two consecutive weak job reports have raised doubts, according to The Seattle Times.

Outside of the U.S. economy, the global economy has also shown signs of slowing down once again. The number of people signing home contracts has dropped and manufacturing as dropped too. To make matters worse, stock markets around the world continue to dip because of fear in developing countries over economies.

It was estimated by the Congressional Budget Office (CBO) that growth would pick up until 2016, but then weaken again in 2017. The baby boom generation is closing in on retirement and when they leave the workforce they will decrease the amount of Americans working. This adversely affects the way the economy accelerates.

“There is a dividing line between a slow-growth economy that is not satisfactory and above-trend growth with a tide strong enough to lift all the boats and put people back to work,” said Chris Rupkey. Rupkey is the chief financial economist at Bank of Tokyo-Mitsubishi. “That number is 3 percent.”

The pace of hiring and manufacturing has been slowed due to an incredible amount of winter storms, freezing temperatures and struggles in Asia and Europe.

“Three months in a row would mean the job market is taking a turn for the worst,” said Stuart Hoffman, chief economist for PNC Financial Services.

If the economy of the United States has not fallen into a slump yet, it could do so in the next four years, according to the CBO. In 2017, the economy is predicted to grow by 2.7 percent but then decline to an average of 2.2 percent through the year 2024, according to CBO estimates.

If the United States had an economy that grew quicker than 3 percent, then the 3.6 million Americans who have not had a job for more than six months would have an easier time finding a job.

“Financial crises do not last forever,” Harvard University economist Carmen Reinhart said. “A decade is a long time. But a long time is not the same as forever.”

November Posts Another Strong Job Report
Let’s Get Social
Feel like getting in touch or staying up to date with our latest news and updates?
Related Posts
Latest In Work Relationships