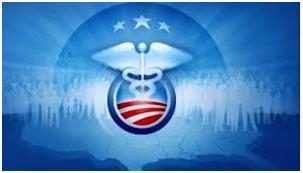 The Advanced Medical Technology Association, AdvaMed, just released a report contradicting the recent claim made by Kathleen Sebelius saying that Obamacare would not cause any job losses. The medical device tax under Obamacare has caused for more than 33,000 job losses in the medical device industry and it is expected at least 132,000 more will lose their jobs.

It was Monday in Orlando, Florida that Sebelius stated there was no evidence related to job loss in relation to the Affordable Care Act and that every economist would agree. She went on to say that since 2010, part time physicians were down and full time employment is continuing to increase. She said the rumors about job losses are just that and aren’t accurate.

This is what AdvaMed’s report takeaways are for the survey that took place in late 2013 among all of their technology and medical device member companies.

Due to the tax, employment in the industry has decreased by approximately 14,000 workers and forgone the hiring of workers in excess of 19,000. Total job impact from the tax in the industry’s employment levels are estimated to be around 33,000. One company stated that they had to go through significant job layoffs and restructure the business, including decreased customer service levels.

One company surveyed said that there are only a modest number of offices and jobs being added in Asia and Europe instead of the United States right now, but the numbers will be on the rise in the coming years.

The findings show nearly a 1/3 of respondents said that as a result of the tax in the Affordable Care Act they had to reduce their R&D budgets and number of employees. Nearly 10% said this including outsourcing or relocating manufacturing outside of the US to avoid the tax.

In response to the tax, 75% of the respondents said that they had to take at least one of the following actions, some reporting having to take numerous actions. Deferring and/or cancelling plans for new facility openings, cancelling and/or deferring capital investments, reducing funds for start-up company launches, and reducing or deferring employee compensation increases.

Nearly 60% of those who responded said that if the device tax was not repealed they would have to consider taking further actions in reducing employment. Additionally, half reported that they’d also consider cutting their R&D investments if the repeal on the tax didn’t take place.

Want to see which Healthcare jobs are available near you? Click here to see.

10 Jobs with the Fastest Growing Salary in 2017
Let’s Get Social
Feel like getting in touch or staying up to date with our latest news and updates?
Related Posts
Latest In Work Relationships
BCG FEATURED JOB