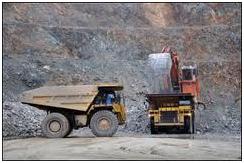 Following a union strike that lasted ten weeks due to unfair wages and labor issues, the Association of Mineworkers and Construction Union (AMCU) and the ANGLO American Platinum company are still looking at job loss. They have reached a settled with the union about improving their wages and listening to their workers’ demands, who will soon return to work. Unfortunately, this also means job losses are imminent.

As reported on MiningMX.com, Chris Griffith, the CEO of ANGLO American Platinum (AMPLATS) said, “It feels to me like we’re entering the settlement zone. The indication is that there’s pressure on everyone which is the right time to get a settlement.” He went on to say, “This is the second month that employees have received zero pay. 25,500 people have got zero pay slips.”

Following the first strike, the workers entered a second strike, as requested by the president of AMCU, Joseph Mathunjwa. Workers in the coal and gold sectors of Amplats were the ones entering into this secondary strike, where marches to parliament were also planned. The union was originally formed after 34 miners were shot by security forces during a previous protest in the fall of 2012.

While the strikes were going on, Griffith believes workers just wanted to return to work and get paid their full wages on time. AMCU was willing to accept a lower wage offer than was originally discussed, as approved by the thousands of Amplats workers hoping to end the strike and return to their mining jobs. Unfortunately, at the same time as this settlement was finally reached, job losses have been inevitable. Since approximately a third of the annual production has been lost, they were only producing about 60 percent of their total capacity. This has caused the imminent job losses at Amplats.

About 7,500 jobs have been restructured at Amplats, mostly at the mines in Rustenburg and more job losses are going to be occurring. The company believes the longer these strikes go on, the more their production fails, and the more the company loses. Unfortunately, many of the employees can’t yet celebrate the return of their jobs, since they might not have the same jobs to go back to.

Another decision to be made is whether or not they should shut down the Rustenburg mine all together, and another union mine. It has been mentioned that even prior to these strikes, their operations were already suffering, as were many of the jobs. The mine has two more years to prove to be profitable before it is shut down and all of the thousands of jobs are lost for good.

Where can you find the most mining jobs? Click here.

The Bright Side of Unemployment
Let’s Get Social
Feel like getting in touch or staying up to date with our latest news and updates?
Related Posts
Latest In Work Relationships