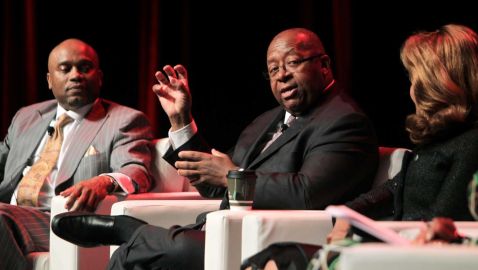 The CEO of Chevron Corporation, John Watson, has made a statement about the desire to diversify the energy industry by having more minorities working within the industry on different jobs and projects, according to The Houston Chronicle.

Watson believes the industry needs to take action to get minority students interested in both math and science so that they can take on jobs within the industry. If students share a love for science and math at a young age, it can lead them to excel in the energy industry in the future.

Watson has made it clear that plenty of opportunities are available, but fears that many African-American individuals are not aware of such opportunities and do not even know they exist. Forecasts of the industry show that nearly a third of jobs involving oil and gas would be filled by Hispanic or African-American workers by the time 2030 arrives, but Watson wants more progress to happen sooner instead of later.

Watson has made these statement shortly after receiving the news about a study that showed that many of the baby boomers will soon be retiring from positions that they have held for several decades in the industry. With many retirements approaching, there are going to be a lot of job openings that go unfilled unless there are educated and experienced individuals willing to apply and take the job offers. Within just a few years, the energy industry can expect an increasing number of opportunities made available.

Advocates who agree with the diversification believe that a large surge in opportunities could give minorities the chance to finally find employment within the sector. Less competition and more openings paves the way for many.

The lack of minorities within the industry has been noticeable for quite a while now. The Petroleum Institute discovered that a small total of only 8 percent of black people were working within the industry. Watson acknowledges this information and has made it clear that he is doing what he can to get more minorities interested in these kinds of jobs.

Even though much of the effort has come up short so far, Watson does not plan on giving up anytime soon and will continue striving to reach this particular goal, but he cannot go at it alone. The industry as a whole must work on raising awareness about jobs within the energy field. Some companies have taken the initiative already. Improvements are happening, but there is still a lot of work that needs to be done, and that is something Watson clearly recognizes.

Where can you find the most energy jobs? Click here.