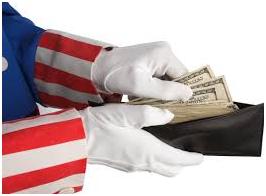 There were several individuals who worked as state employees for the government but were laid off during the month of September in 2011. These four former employees stated that procedures were simply not followed when they lost their jobs, according to The Gazette.

They also believe that cutting back on their positions ended up causing the state even more money because the state had to shell out more money to hire new people to take on different positions. They even hired some contractors as a way of trying to pay less while still having people with same knowledge and expertise in the specific industry.

The names of the former employees include Tony Schmitz, Dean Ibsen, Ken Thornton, and Carol Frank. These individuals were asked to testify about what happened when they lost their jobs after being told that their positions were being cut. They are apparently working on receiving some type of settlement due to improper layoff practices. Some say it is possible that an investigator will need to get involved to dig a bit deeper and find out what is really going on within the administration, especially if people are being let go unfairly.

Senator Matt McCoy, a member of the Government Oversight Committee, stated that what has happened with these former employees is wrong and that an investigation should be underway. McCoy believes that these individuals lost their job without good reason, and likely suffered a great deal because of the poor handling of layoffs. Some have even referred to the layoffs as a September massacre because of the people who had to suffer because of them.

When the hearing was completed, the Department of Administrative Services officials provided their own personal statement in which they stated that the layoffs were necessary as part of the process that would help the state to save some money. In the meantime, a few of the former workers claim that they lost their job early in the morning and were already replaced by other people within a couple of hours.  Those people were also immediately earning more than them and did not even have all the credentials that those who were laid off did have.

They believe the purpose of this happening was due to some of the new employees having connections with others. They also feel that no protocol was followed when they lost their jobs. Seniority seemed not to matter at the time because even those with years of experience and all the right credentials were still laid off. Some call it a witch hunt and others say what happened was simply unfair.

The Economy Under a Trump Presidency
Let’s Get Social
Feel like getting in touch or staying up to date with our latest news and updates?
Related Posts
Latest In Work Relationships