Home  » Struggling on the New Job 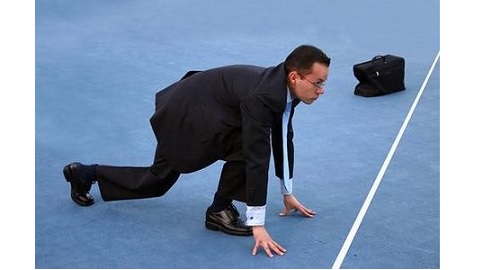 Sure your new boss will be lenient if you screw up on your new job. That, after all, is only to be expected, and there is no sense demanding the same performance from you that he would from a seasoned veteran. Yet are you beating yourself up over it? Maybe you have this tactic: every time you make a mistake, you dwell on it, take it to heart, really try to riddle out why it happened and how you can prevent it from happening in the future.

This, as it happens, is not the best approach. As with animal training, in which positive reinforcement is laid over good behaviors, while mistakes are simply ignored, you will do yourself one better if you simply focus on what you got right, dwell on it, and let your mistakes pass quickly. It is like playing tennis. If you insult yourself every time you miss a shot, your game will be a bit of an ego kill. If, however, you ignore your mistakes and instead congratulate yourself on every successful hit, you will enjoy the game better.

But will it help your game? Yes! By focusing on the positive, you will develop more enthusiasm and better skill. One psychological study gave a set of students a test that was designed to be too difficult. They were expected to fail. After a week, they came back to the lab, and were given a second test. Before they were administered the second test, they were asked what had been on their mind the last week. Some of the subjects reported that unrelated matters had been on their mind, and some said that they had dwelled on the test, trying to figure out why they failed and how they could do better next time. Who did better on the second test? Those who dropped the matter and didn’t think about it anymore did remarkably better.

But how is that possible? Wouldn’t those who analyzed their mistakes do better? Evidently this was not so, but by dwelling on their failure they had psyched themselves out.

So go and do likewise: don’t dwell on your mistakes, don’t worry about “history repeating itself,” about coming back with the perfect comeback later on, or deciding what you should have done. Drop it. Think about what you did right, linger on that a bit, celebrate it, and move on.

You will figure out the new job soon enough. But rather than struggle as the newbie on the team, celebrate your successes every step of the way.