Home  » How to Get a Job in the Hi Technology Industry 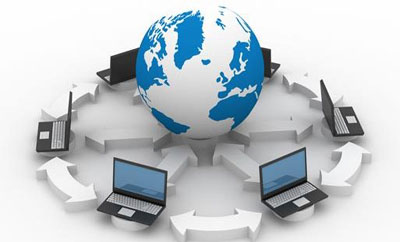 If you want to work with the hottest, newest gadgets—and if you thrive in a fast-paced, competitive environment that offers plenty of opportunity for swift advancement but may actually be around long enough to make a meaningful contribution to your 401(k)—a tech company could be just what the doctor ordered.

In an industry based on innovation, companies are continually vying to be the first to uncover the Next Big Thing. The tech industry is rife with acquisitions, spin-offs, and spin-ins. Changes in corporate structure are common, even at the largest firms.

Silicon Valley, Austin, Seattle, Bostons Route 128 corridor, and New York are home to many prominent technology firms, but biggies (especially older companies) are scattered all over the country.

In an industry of this scale, major players generally concentrate on a sub-sector rather than the full spectrum. Microsoft has a virtual monopoly on desktop operating systems, though Apple fanatics swear by the latest version of OS X; Oracle is a key player in the database arena; Sony, Sun Micro-systems, IBM, Toshiba, and others build PC and server hardware.

In entertainment software, Electronic Arts and Activision are big on the PC side, with Nintendo, Sony, and Microsoft delivering console games. Sony’s PlayStation Portable made a splash when it came out. Blizzards World of Warcraft game has also gained immense popularity.

Internet infrastructure is provided by the likes of Cisco, Corning, Lucent, and JDS Uniphase; Cisco is such a monolith in this area that its name is practically synonymous with routers.

Anything with a microprocessor probably uses chips from Intel, AMD, IBM, or Motorola. Intel has a Microsoft-esque lock on desktop processors; Motorola has a strong presence in embedded systems.

Sprint Nextel, Verizon, Cingular, T-Mobile, AT&T, and the like battle it out in the wireless/wireline space.

This is an industry full of personality and product cults, so know the technology and if possible, become part of the cult. Some companies are stricter than others in that regard: Apple prefers to hire Mac-heads, and Electronic Arts focuses on gamers. When talking to wireless firms, know the global context for their products; much of the wireless action in the world happens outside the United States, in Europe (particularly Scandinavia), South Korea, and Japan.

Several of our insiders said that interview questions focused not only on the company’s technology but also on industry competitors; so read the latest trade publications. And don’t rely on monthly magazines, which can be behind the times in this fast-paced business. Scour the Web for the latest headlines, and keep up with what’s happening.

With the promise of stock-option riches all but a distant memory, tech industry job applicants are focusing on straight salary. Generally, you’ll find that salaries start at $80,000 and up, depending on the size of the company, what it does, and where it’s located. After a few years, expect to be making $100,000 and even more at big-name firms.

This is an intense industry for intense people. It is always crunch time, one product manager says. You’ll probably work a reliable 60 to 70 hours a week, with the time commitment sometimes increasing as you move up.

Depending on your job, work-related travel can be relatively common at a tech company. Product managers, marketing managers, and business development managers all reported traveling about one week a month.

Cubicles, cubicles, cubicles. Among the cubicles, though, there can be a definite sense of camaraderie and even fun; software companies are the most extreme example, with free food and other perks, like company sponsored beer fests or happy hours.

Dress is usually casual or office casual. At many firms, marketing and biz-dev staff who have direct contact with corporate clients still sport suits from time to time.

High-tech workers reported their colleagues to be bright but sometimes competitive to a fault. Though the sector boasts an ethnically diverse population with a gay-positive attitude, women tend to be heavily represented only in lower levels (especially in marketing). Few tech CEOs are female; how Yahoo’s Marissa Mayer is a standout.

The dynamic among colleagues at some firms seems to be straight out of a David Mamet screenplay cutthroat and backstabbing. The rule of thumb is to assume that everyone is dumber than you are, and then convince them of that over time, one Microsoft employee says.

What some consider brutal, others consider honest and flexible. In an industry moving at the speed of light, managers always have to be open to new ideas, even from lower-level employees.

Educational backgrounds vary. Many high-tech managers came from non-MBA career tracks, such as engineering. The sweet spot seems to be a combination of experience in engineering, marketing, business, or all three. A business education rounds out technology-related skills but is not the core of the skill set.

The more diverse your educational background the more technical, especially the more routes are open to you.

Big tech companies, such as HP, Microsoft, and Motorola, recruit at business schools. Half of our insiders were recruited on campus; the other half got their jobs through friends or mentors.

High-tech companies are looking for people with more than educational experience. No one wants to train anyone, one manager says. So if you’re looking at wireless companies, read up on 3G, UMTS, and so forth. If you’re looking at software companies, buy or borrow their products and become familiar with their marketing sectors and strategies.

If your experience is primarily technical, read up on market strategies and positions, peruse industry publications, and talk to people at competing companies.

Promotion can be pretty fast, though not at the warp speed of start-ups and Internet-only companies. In the past two years, I have been promoted three times, one telecom executive says. Creating new business seems to be key, whether It’s coming up with a new product or expanding a new line. Companies closer to the Internet world such as Microsoft, for instance, have more flexible career paths than others. The workers we surveyed at large companies hope to take their experience to smaller companies, where they could attain more influential positions.

Drive, intensity, and perseverance. One customer relationship manager said she’s surrounded by “Act now, ask for forgiveness later” people. Combining that drive with the charm necessary to turn it into teamwork is a magic bullet that will take you far. You’ll also have to be very flexible to adapt to a continually changing work environment, one where you’ll probably be managing people who don’t really report to you and taking on several tasks at once. Remain efficient.

Tech companies value MBAs, especially in the current competitive environment, where a tech savvy company cannot survive without making smart business decisions. If you don’t feel like going back to school to get an engineering degree, don’t worry even the layman’s knowledge of an enthusiastic geek will give you a leg up.

“Crazy,” one product manager said. The typical high-tech manager’s day is a string of meetings, e-mail, and teleconferences. Some in business development write proposal after proposal to expand new business or direct their companies’ future paths.

Elements of a day may include:


-Lots of e-mail, eating up to a third of your day.
-Meetings with clients, engineers, executives, salespeople, or business development teams.
-Product management: market research and analysis, writing announcements, getting in touch with development teams.
-Writing proposals for new business

Don’t think for a second that this sector is homogeneous, or that all companies are trying to work like small companies. Big-company bureaucracy is thoroughly entrenched at some large firms, but not in others.

A Microsoft employee pointed out that “technology businesses are [not] run by business people”—hers, after all, is run by a college dropout who earned his degree in the marketplace rather than the classroom. Michael Dell started his business at 19. Be aware of the tech-company dynamic that leaves influential engineering types suspicious of the “suits.” Better yet, don’t be a suit.

If you are looking for jobs in the technology industry, please visit here.

Getting Marketing Jobs in Advertising – The Secret Guide
Let’s Get Social
Feel like getting in touch or staying up to date with our latest news and updates?
Related Posts
Latest In Work Relationships
BCG FEATURED JOB