Home  » How to Get into the Media and Entertainment Business: A Guide for Business School Graduates and Students 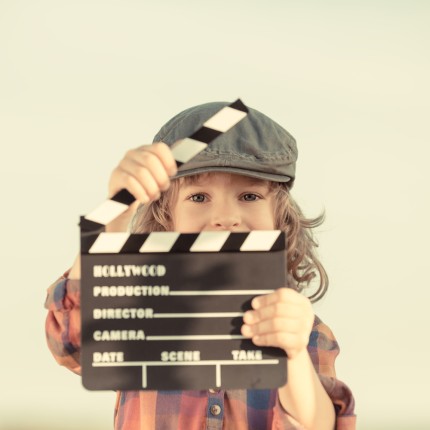 Few industries are held in as much awe or contempt as the media and entertainment (M&E) industry. Hollywood and the media have been blamed for everything from crime to eating disorders to the deterioration of the family. But as much as Americans may blame the media for society’s ills, they are still its avid consumers, devouring news of the troubles celebrities face as if they were close personal friends.

Those who work in the industry will find it is often a thrilling, if bumpy, ride. Jobs in these companies might not have the security or the salary of more traditional MBA-track positions, and the volatile economics of the industry keeps the stress level high. But the diehard media junkies who work in this field wouldn’t have it any other way.

Jobs in Media and Entertainment

Aside from the obvious working on the business side of a publishing house, film company, etc. MBAs looking for exposure to the M&E industry can choose from a variety of positions, even without prior experience.

Interested in Working in Investment Banking?
Check Out www.FinancialServicesCrossing.com

Interested in Working in Business Development?
Check Out www.BusinessDevelopmentCrossing.com

Although the entertainment industry is characterized by an artsy, anti-corporate mentality, the dominant players are huge conglomerates like Disney, Bertelsmann, Viacom, Time Warner, Clear Channel, and NBC Universal. The majority of these multinational companies have an interest in each of the six facets of the industry TV, film, music, publishing, radio, and new media. (Arguably, a new category of entertainment is emerging out of the gaming business, as companies like Harrahs operate properties that offer casinos, accommodations, restaurants, shopping and live performances all under one roof.)

Branding. All facets of the entertainment industry are looking for ways to extend their brand. Television shows create magazines. Book authors create Web sites. Movies look to video rentals, television rights, and worldwide box office sales to turn a profit. Comics and cartoons frequently make more money on the toys licensed from the product than the actual product It’self.

Independent Film. While most major motion pictures continue to be made in or around Hollywood, there are an increasing number of independent films being produced. For MBAs, this means more opportunities to work on movies, since the companies generally know more about film making than about independent financing. These companies have come to value MBAs with industry relationships and experience with investing.

Downloadable Music and Video. With the continuing popularity of Apples iTunes Music Store and incarnations of the iPod, not to mention YouTube, the buzz about who’s going to make money from selling audio and video online and the copyright issues involved has grown to a fever pitch.

MBAs should expect to take the entertainment industry haircut that is, lower pay in exchange for the excitement and glamour of the industry. Not that M&E executives are struggling to make ends meet; a high-ranking vice president in the entertainment industry can expect a salary in the low six figures anywhere from $100,000 to $300,000. Fresh out of business school, you should be able to start at $70,000 to $80,000, depending on the position.

In general, the actual on-the-clock hours will not rival the insane schedule required by, say, investment banks. Many of our insiders reported relatively humane days, beginning at 9:30 or 10 a.m. and ending at around 7 or 8 p.m. There are crunch periods, usually at the beginning or end of the year or around deadlines, where 12-hour days are not uncommon. And the ever-shifting ownership of many companies often yields longer hours and increased stress.

The real time-suck comes from the many after-hours events that you have to attend if you want to move up in the industry. Although many insiders say that their offices do not believe in mandated socializing, this is an industry where contacts mean power and upward mobility. If you want to move up, you’ll be going to a lot of parties. And screenings. And music showcases. Attending industry parties is less strenuous than, say, digging a big ditch, but It’s still work that will absorb a lot of your personal time.

Although some industry executives make frequent trips between New York and Los Angeles, positions usually do not require heavy travel since the majority of the business is conducted in these two cities.

Absolutely whatever, is how one record-company vice president described her offices dress code. She was wearing red thigh-high boots at the time. Indeed, next to the technology sector, there are few industries that take the concept of corporate casual to such an extreme, and It’s not unusual to see CEOs padding around the office in jeans and sneakers. The aforementioned vice president said she did not even own a skirt suit. Smaller offices often allow pets to come to work.

But even if you work in an office where the creatives are wearing flip-flops, It’s a good idea not to get too casual too soon. It’s important to understand the special challenges inherent in casual offices. Just because the boss is wearing blue jeans does not mean that you won’t be expected to have a certain look. If you think you can go to work in scruffy sneakers and a Raiders sweatshirt, think again. Casual is not equivalent to slob, and at entertainment companies you’ll be expected to look hip. This can be a great deal more challenging than simply donning a $500 suit.

It’s difficult to make generalizations about such a diverse industry; however, those who work in this field will undoubtedly encounter a young, hip, creative workforce, a relatively unstructured environment, and rapid advancement opportunities for talented individuals who know how to schmooze.

One of the great perks of working in the entertainment industry is that you are invariably surrounded by smart, funny, talented people. This is a business grounded in charisma and you will be valued for yours. Even support staff will usually have a side gig the receptionist is an opera singer, the recruiter is an aspiring screenwriter, etc. Such moonlighting on the part of lower-rung employees is not just tolerated, It’s actively supported. The general feeling is that artistic types enhance the office culture and tend to be smarter, since these are people who have the brains for higher-ranking positions but have consciously chosen to keep their responsibilities to a minimum (at least for the time being). As one executive said of her fashion-designer assistant, I don’t care if she does not live and breathe this stuff when she goes home, as long as she kicks butt while she’s here.

Most of the people you’ll run into will have at least a bachelor’s degree, and many will have more advanced degrees but don’t expect them to be overly impressed with your MBA. Despite the billions of dollars that are at stake, this is still a very anti-corporate culture. One B-school grad strongly advised against throwing the MBA around it won’t impress anyone, and it could put people off. Your colleagues will also have a wide variety of employment backgrounds, such as consulting and law. And many of your office-mates will be transplants from the creative side former editors at publishing companies, for example.

Move to New York or Los Angeles. While there are certainly opportunities at regional newspapers and local television affiliates, if you want to make it big in this industry you’re going to have to move to one of the coasts. Publishing and television tend to be concentrated on the East Coast, while film and music are largely headquartered in the West. The conventional wisdom has been that an MBA is more valued on the East Coast, but this is changing; Disney, for one, based in the Los Angeles suburb of Burbank, California, hires many business school grads.

Network. Because they have a surplus of wannabe employees, M&E companies don’t do a ton of recruiting. That’s why networking and developing contacts is crucial if you want a job in this industry. Do whatever you can to get your foot in the door whether it[s attending a seminar taught by a media honcho, doing an internship at an indie record label, or schmoozing with your roommate’s girlfriend who works at Viacom. Be persistent, and have a thick hide. If people don’t return your calls, it is because they’re busy, not because they don’t like you, one insider says.

Show that you understand the industry. Read as much as you can, and ask lots of questions. Background in the industry is a plus, i.e., if you played in a band before business school, that could help your standing at a record company. If you’ve worked in consulting or investment banking, showing that you’ve had a client in the industry could also be helpful. Name drop, but carefully, a new media VP advises, and [only] as relevant to the listener.

There is no typical career path in any media business, a book publishing CEO says. This is invigorating for those who get it, but daunting for those who need more structure. The most exciting/unsettling aspect of a M&E career is the industry’s lack of adherence to traditional protocol. Most firms value bottom-line success over loyalty and tenure. This is thrilling if you’re the receptionist who quickly ascends to development executive; terrifying if you’re the faithful workhorse who hasn’t been associated with a lucrative project.

Most MBAs can expect to start as assistants in the finance, marketing, or production departments. However, one industry executive says to be cautious before taking a position as assistant to the president, which is typically a one-year posting for MBAs. You don’t get a lot of respect, because many people will feel you haven’t earned the right to be there. You’re frequently referred to as the MBA, as in That’s Jeff’s MBA. That’s Susan’s MBA. You learn a lot, but you don’t have good access to the people in the trenches.

Typical Day as an Entertainment/Media Executive

Because this is such a diverse industry, there’s no such thing as the “average media executive’s day,” but here’s how a few insiders described their typical day:

Pros & Cons of Working in Entertainment and Media

It’s glamorous, but not as much as you might expect.

Movie screenings, backstage passes, invitations to the Grammies, possible opportunity to say “So I was talking to Sharon Stone in the elevator yesterday, and she said ….”

Jobs Opportunities in India
Let’s Get Social
Feel like getting in touch or staying up to date with our latest news and updates?
Related Posts
Latest In Work Relationships
BCG FEATURED JOB