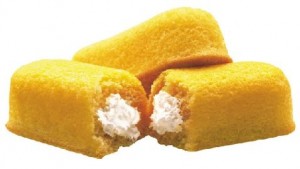 Hostess Brands LLC will open up again, soon after closing their doors, which they thought was for good, last November. After the company tried to cut its 19,000 workers’ wages by 8 percent, and their benefits by about 30 percent, the union workers, who were part of Baker, Confectionary, Tobacco Workers & Grain Millers International Union (BCTGM), went on strike. Ultimately this lead the snack food giant to succumb to bankruptcy, and to take all their oh-so-suggestively named products with them (Twinkies, Ho Ho’s, Sno Balls, Ding Dongs, etc.).

It had long been joked that Twinkies would be the only food to survive a nuclear holocaust, but we found instead they couldn’t even survive a union strike. Well, there is now good news for unemployed job seekers: when Hostess Brands LLC comes back on board, they are going to be hiring a fresh batch of workers – none of those old teamsters are welcome. At least, Hostess is considering its contracts with the unions done with.

“It appears that they are discharging the union contract in bankruptcy,” said Matthew A. Kaufman, an unrelated labor attorney.

What this ultimately means is that C. Dean Metropoulos, the company’s chief executive, will be investing $60 million into hiring at least 1,500 fresh workers around the new plants. And it is planning on re-opening bakeries in the next two and a half months in Columbus, Ga., Emporia, Kan., Schiller Park, Ill, and Indianapolis.

Again, this is good news for job seekers. That is, unless they were hoping to get on board with a union when they start their new job.

Starbucks To Sell Yogurt in 2014
Let’s Get Social
Feel like getting in touch or staying up to date with our latest news and updates?
Related Posts
Latest In Work Relationships