Home  » Oil is Up Due to Egypt 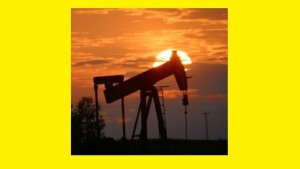 It is a philosophical commonplace that we we are all connected, and in complicated ways we could never have guessed. The old saying that when a butterfly flaps its wings it can redirect a hurricane a million miles away, one of the most poetical and enduring images chaos theory has given us, suggests just how interrelated we all are. And now that we are seeing oil prices at a 14-month high, we see how the political turmoil in Egypt is something we in American feel every day at the gas pump, as well as when we are seeking a job.

Their turmoil again relates to social networks introduced by the West, and the influence of activists from America over secularists and critics of Islam rule, as well as youth-culture in Egypt, but in Arab Spring earlier, and again, now that the Muslim president of Egypt has been deposed. Mohammed Morsi was taken down in what he calls a military coup. The interrelatedness of these historical changes in Western ideology, not to mention Eastern ideology – indeed the global ethos of ideas – is so thick with ideas, so complicated, that not even the best historian could hope to sort it out with certainty. What we see, nevertheless, is that jobs are created or destroyed based as much on investors whim and superstitions as upon engineering fact-minded approach to money and markets. In the same way, what happens in Egypt happens in the U.S. as well, in it’s own way.

The Top 5 Most Hired Majors