Home  » Intel to Reduce Employment Levels Due to Financial Results 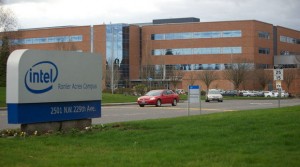 On Thursday, Intel reported its fourth-quarter financial data, according to The Oregonian. The data center sales growth for the company did not meet the company’s goals.

Intel also noted that it is expecting flat sales for this year. Chief financial officer Stacy Smith talked to investment analysts, saying that the company will be “bringing down employment over the course of 2014” in an effort to contain its costs.

Intel did not return any requests for comments, but Smith spoke to Barron’s, saying that the job cuts will not be “dramatic, not some reduction in employment like we saw in years past.”

When Intel changed CEOs in 2006, the company cut 10,000 jobs during a massive reorganization.

There are some 108,000 employees for Intel across the globe, with more than 17,000 in the state of Oregon. The hub in Oregon is the largest in operation for Intel, which is headquartered in California.

Intel said that its data center group had unsatisfactory performance because of the government shutdown and the debt ceiling fight in the fall. Intel noted that these two issues help back corporate investment.

Wang said that the struggles of the data center group is a major warning sign since Intel has that market pretty much to itself right now.

“That’s an area where I think you’re going to see fierce competition a year from now,” Wang said.

State of Maryland Adds 9,800 Jobs in September
Let’s Get Social
Feel like getting in touch or staying up to date with our latest news and updates?
Related Posts
Latest In Work Relationships