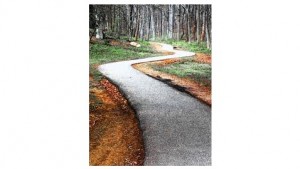 That peculiar beast the economy is by no means an open book even to economists. When deficit spending swelled to $1.4 trillion in 2009, or 10.1 percent of the GDP, it wasn’t certain if this was due to Obamacare type taxes or whether it was due to the recession. There is some indication that the recession may be mostly to blame.

We know this because things are looking better than expected for the budget deficit: the Congressional Budge Office (CBO) had predicted things would look worse than they do now. It will be $642, or 4 percent of the GDP as in 2013 — $200 billion less than expected.

That’s good news for hiring and the process of hiring more people and getting the economy back up to full functioning. After all, the recovering housing market is looking better all the time, and as the economy inexplicitly has been nosing upwards, corporate and personal income tax revenues have improved as well.

And so those fiscal-cliff decisions we made in December that imposed a payroll tax and cut federal budget spending hasn’t greatly retarded the economy. We’re still going in the right direction.

It is imagined that such programs as the health care program will cost $225 billion less than expected over the next ten years. This means that companies will continue to hire and get the economy in a healthier condition than we expected.

Former Hostess Employees Aching at the Changes
Let’s Get Social
Feel like getting in touch or staying up to date with our latest news and updates?
Related Posts
Latest In Work Relationships