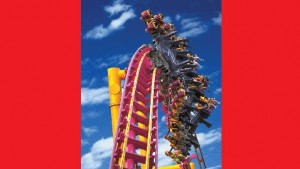 The job situation improves a bit, plunges a bit, but generally the average increases in jobs, that have been averaging 200,000 a month, until recently, hit their lowest, lately, with only 162,000 jobs added in July, one of the most modest improvements we’ve had all year. Despite that bad news, unemployment fell from to a 4 ½ year low to 7.4, from 7.6 in June, as many Americans either found jobs or just gave up.

It is impossible to determine whether we are just having a bad month or whether the economy will finish out strong, as many have been predicting. But Beth Ann Bovino, senior economist at Standard & Poor’s, says she thinks Friday’s report from the Labor Department will keep the feds artificially pumping the economy with their $85 billion a monthly bond purchases. They were predicted to ease up in September.

“September seems very unlikely now, “ she said. “I’m wondering if December is still in the cards.”

“While July itself was a bit disappointing, the Fed will be looking at the cumulative improvement,” said Paul Ashworth, chief US economist at Capital Economics. “In that score, the unemployment rate has fallen from 8.1 percent last August to 7.4 percent this July, which is a significant improvement.”

Given a play-by-play, month-by-month telling of the situation might make us miss the overall picture, which is still a positive one, and employers continue to hire.

October Jobs Report Due on Friday Morning
Let’s Get Social
Feel like getting in touch or staying up to date with our latest news and updates?
Related Posts
Latest In Work Relationships