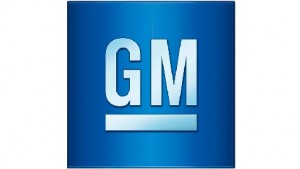 Things might be going horribly, their historic worst, for once top city Detroit, Motor City, but the car companies that made it rich aren’t doing so bad for themselves. No, not at all, but in fact, all 3 have paid back what debt they owed, after GM and Chrysler needed to be bailed out in the recession, and they are reporting nothing less than 52-weeks of straight gains. At least GM and Ford are doing so, with stock prices having doubled this last year, and Chrysler has its 39 straight month of sales gains in June. They are hiring as well.

So what do they owe their success to? They’ve bagged some great CEOs for one thing, and they’ve emphasized quality and fuel efficiency.

“The domestic auto industry is in full renaissance,” said Bob Lutz, top executive from GM, Ford and Chrysler. “Now, with an absolute focus on product excellence…you will never see another marginally good car.”

Well how good are they? The 2014 Chevrolet Impala, for one, has been nominated by Consumer Report as the number one sedan, better than the Audi and Lexus models, which cost $20,000 more — the first time in two decades a Detroit car has nabbed the top spot, as USA Today reported.

What this means, ultimately, is two things: Detroit has a future, and Motor City while rise again. Job seekers need not steer clear.

Three Families Own Most of the World
Let’s Get Social
Feel like getting in touch or staying up to date with our latest news and updates?
Related Posts
Latest In Work Relationships