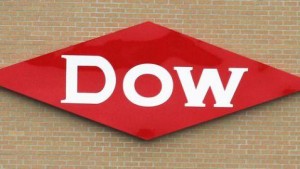 It was announced on Tuesday that Dow Chemical Co. will cut 2,400 jobs and close 20 manufacturing plants in order for the company to reduce its annual costs by $500 million. Dow is the largest chemical maker in regards to sales in the United States. The 20 plants to be closed are located in the United States, Belgium, the Netherlands, Spain, the United Kingdom and Japan. A statement had to be released by the company because it mistakenly emailed a draft of the announcement to Bloomberg News on Monday.

The 2,400 jobs being cut amount to five percent of the global workforce for Dow. The announcement was made one day after DuPont Co. said that it was planning to cut 1,500 jobs because of declining demand for solar cells and paint pigment. Back in July, the Chairman and Chief Executive Officer of Dow, Andrew Liveris, said that Dow has been operating in its worst conditions since 2009.

Analysts said that the job cuts made by the two largest United States chemical makers reflect who the economy of the world is still trying to recover fully from the recession.

“The reality is we are operating in a slow-growth environment in the near-term,” Liveris said in the statement. “While these actions are difficult, they demonstrate our resolve to tightly manage operations — particularly in Europe – – and mitigate the impact of current market dynamics.”

Dow said that by the time 2014 ends, the company should be able to realize its annual costs savings from the cuts and plant closures. Dow also said that expenses related to severance, write-offs, asset impairments and other costs will cause earnings in the fourth-quarter to drop by 50 to 60 cents. Dow also said that plans for brand new factories on the Gulf Coast in the United States and in Saudi Arabia will not be affected by the job cuts or plant closures.

The plant closures will take place over the span of the next two years beginning in a polyethylene plastics plant in Belgium, an epoxy resins plant in Japan and a diesel-particulate filter production plant in Michigan. The plants closing in the United Kingdom, Spain and Ohio are members of the formulated systems unit of the company. These plants produce polyurethane foams and epoxy products.

Also announced by the company are plans to consolidate assets in oxygenated solvents and close other small facilities. Dow will also write down the assets of Dow Kokam LLC, which is a joint venture. On Wednesday, the company will release its earnings for the third quarter.

Ford Adding 2,200 Salaried Jobs in the United States
Let’s Get Social
Feel like getting in touch or staying up to date with our latest news and updates?
Related Posts
Latest In Work Relationships