Home  » Are Stores Smart to Open on Thanksgiving? 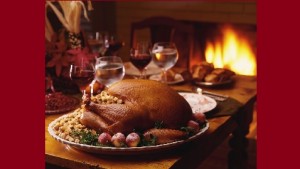 Gratitude leads to generosity: Thanksgiving leads to Black Friday. What troubles some people is the battle of inches greedy merchandisers have made in opening earlier and earlier, first on 3 a.m. and 4 a.m. on Black Friday a few years ago, then at 12 midnight, recently, and now with some stories such as Kmart opening at 6 p.m. Thanksgiving day, with Wal-mart also opening at 6 p.m.

“Last year, millions of people made it clear they wanted to shop on Thanksgiving evening,” said one expert. That may be so, but there’s a draw back. Opening your stores on Thanksgiving means forcing your employees to work on the day of family togetherness, on the feast of gratitude. That leads to the opposite of gratitude: resentment.

Many feel the ire in such a situation, with a petition against Target, which is opening at 8 p.m., collecting 95,000 signatures.

“It’s really smart to take a stand and protect your relationship with consumers and employees,” said Wharton marketing professor Cassie Mogilner. “The goodwill perception of the brand will have a longer impact than the initial money gain.”

In other words, companies who respect their own employees and who respect the values of their customers are more likely to profit in the long run, even if they lose some of the fast cash on Thanksgiving day.

McDonald’s Embarrasses Itself Giving Financial Advice to its Employees
Let’s Get Social
Feel like getting in touch or staying up to date with our latest news and updates?
Related Posts
Latest In Work Relationships