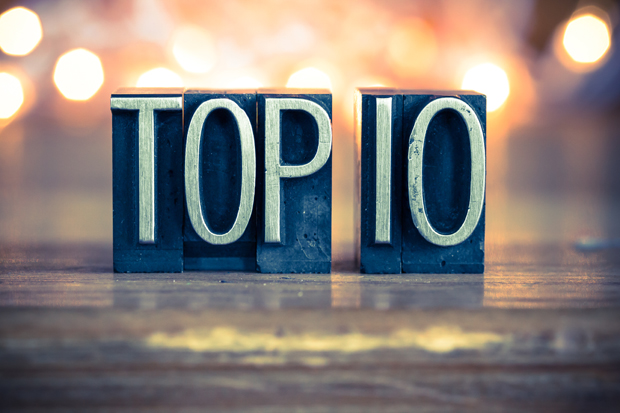 Michelle Edwards filed a lawsuit against her employer, Advanced Temporaries Inc., claiming that she was fired from her job, even though she was merely an hour late, as she had to care for her mother, who was recuperating from surgery. This begets the question: Is it legally permitted for the boss to fire you if you are late reporting for work? The answer, which all employees should note, is yes. The fact is you can be fired for coming in even a minute (or a second) late. You can actually be fired for any reason or no reason at all. However, there are certain laws that can save you from being fired for coming to work late, subject to some conditions. Make sure that one of these five reasons apply to you, or just ensure that punctuality is one of your virtues.

Millennials are coming from the college ranks at an incredible rate and some are struggling to find jobs months after graduation. Do not let this get you down as you begin a job search. In this post, we have compiled a list of the highest-paying jobs for recent graduates today. This list should help you determine whether or not your college major will help you earn a strong living once out of school. If you have yet to declare a major, this list should help you make a decision as to your course of study.

Career success increasingly depends on how well you are able to sell your ideas and yourself. I have met brilliant men and women who were stymied in their careers because of their reluctance to face the tough job of putting their ideas into sellable shape. Many mistakenly feel that coming up with an idea is what counts and convincing others of its value somehow is a superfluous epilogue. But a good idea does not sell itself. Effective presentations sell ideas, even ideas that are far from brilliant. To get action on a proposal in most companies, your immediate boss will have to be sold on your idea. To do this, consider what your boss regards as important and then present your idea accordingly. Try to put yourself in their shoes.

It is not uncommon for employees to take a new position with a company only to leave after a few months. This can result in the loss of as much as $50,000 in recruiting fees, relocation payments made to and for the new employees, and training. This article will discuss one method of recouping some of those costs: requiring employees to bear some of the relocating expenses if they voluntarily leave within a set period. Most companies just write off the money they have given employees for relocation expenses when they depart the company after a short period of time, but this need not be the case.

Who doesn’t love getting a year-end bonus? A little extra money at the end of the year never hurts anyone. You know the figure you got last week and start anticipating that same figure again. Just don’t go down the same road as Chevy Chase in National Lampoon’s Christmas Vacation and start putting deposits down on a swimming pool with the assumption that you will be receiving a big fat check. Mentally spending your bonus before you actually receiving can make the actual amount disappointing. The average end-of-year bonus ranges from $300 to $500. Larger companies can generally afford larger bonuses reaching over $1,000. The amounts will vary every year based on how much the company can afford, so assuming you will get the same amount every year is a mistake.

Working as a supervisor or a department manager can be difficult and stressful. No matter how difficult work gets as a supervisor, you should never ask your employees to do any of the things discussed in this article. Bosses know which tasks are out of the norm, but there are some that are not so obvious, which can make life as a leader very difficult. If you are a boss, there are specific things that you should never ask your employees to do. Learn what these are in this article.

In this economy, a job is like a bar of gold. A bar of gold encrusted with diamonds and pearls, with the cure for cancer etched into it. Forbes magazine says 25% of new employees do not last a year, and 50% are gone by 18 months. So, if you land a new job, it’s quite important to keep that job. There are plenty of other people who want it. Here is our best advice for the newly employed who want to stay that way.

The private inventor is one of the icons of American history, industriously working to create new products for the American public. Many of the commonplace products of today were the brainchildren of inventors. The images of Alexander Graham Bell inventing the telegraph and Thomas Alva Edison inventing the light bulb in relatively primitive labs are firmly imbedded in American mythology (even though Bell was Canadian). To a large extent, those heady frontier days are over. Engineering and development costs have increased dramatically, and invention today more often occurs in corporate labs and research and development departments, but 20 percent of U.S. patents are issued each year to private inventors. A skilled inventor can still turn good ideas into significant sums of money, with the satisfaction of reaping the benefit of his own labors.

The number one job skill of the 21st century is the ability to build and keep working relationships. Since you are likely to change jobs several times during your career, developing and maintaining a network of relationships is important. The best and easiest place to start building your network is at the office. Every day you make personal contacts and connections with the people you work with. Each person in your office, from the head honcho to the newest recruit has the potential to help your career. It might be that your co-worker’s mom works at the company you would love to work for someday. Do not count anyone out—they may just be that valuable business contact for you in the future! Forging the right kind of relationships at work is imperative to on-the-job success. Here is a breakdown of the relationships you should be nurturing at work and how you can leverage them for career growth.

“How much money do you make?” “Is that your real nose?” “Are you pregnant?” Chances are you have had someone ask you an annoyingly inappropriate or rude question at some point in your life, maybe even at work. How did you respond to the comment? If the person is someone you see and work with every day, then you probably cannot respond back in a rude manner. There are always going to be people you work with that are rude or have no filter, so prepare yourself with these professional comebacks when they ask inappropriate questions.

More Jobs for Students Available at N.C. State
Let’s Get Social
Feel like getting in touch or staying up to date with our latest news and updates?
Related Posts
Latest In Work Relationships