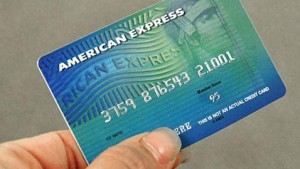 It was announced on Thursday that American Express is going to cut close to 5,400 jobs, most of them coming in its travel business, in an effort to cut costs, according to The Associated Press. The cuts are also aimed at transforming the operations of the company as more and more customers move to online portals for making travel plans and other needs.

The company noted that the cuts will be somewhat offset by jobs that it expects to fill in 2013. The jobs to be cut will come from employee seniority levels and divisions across the world. The majority of the cuts will be from positions that do not directly generate revenue for American Express.

For 2013, the company estimates that employee levels will end up anywhere from four and six percent lower than in 2012. There are 63,500 employees with the company right now.

“Against the backdrop of an uneven economic recovery, these restructuring initiatives are designed to make American Express more nimble, more efficient and more effective in using our resources to drive growth,” said CEO Kenneth Chenault.

As a result of the restructuring, the company noted that it is going to book an after-tax charge of roughly $287 million. The company is going to record $212 million in expenses for rewarding points to cardholders and $95 million in customer reimbursement. Compared to one year earlier, the charges are going to reduce the fourth-quarter net income of the company by 46 percent.

American Express said that it expects a net income of $637 million, which is 56 cents per share, compared to the net income of $1.2 billion for the same quarter of 2011. Revenue for the company increased by five percent to $8.1 billion. Analysts were projecting revenue of $8.01 billion. Full results are expected to be released by the company next week.

American Express has fared well following the recession, with upscale shoppers spending freely. For the most part, the reason for this is that cardholders for American Express are generally one third more affluent than other credit card holders. In the first nine months of 2012, revenue increased by five percent, with net income rising three percent.

Chenault said that ever since the recession, the company has consistently gained market share. Chenault also said that American Express has to embrace new technology, position itself to invest in growth and become more efficient.

“One outcome of this ongoing shift to online is that we can serve a growing customer base with lower staffing levels,” Chenault said during a call with analysts. “The overall restructuring program will put us in a better position as we seek to deliver strong results for shareholders and to maintain marketing and promotion investments at about 9 percent of revenues.”

The Top 5 Most Hired Majors
Let’s Get Social
Feel like getting in touch or staying up to date with our latest news and updates?
Related Posts
Latest In Work Relationships