Home  » Credit Card Spending is Down, Cramping the Economy 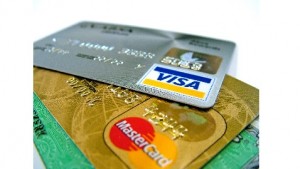 A few nerves stretching into public debt could give a sense of the nation’s momentum. U.S. consumers have cut back their spending on credit cards of the third consecutive month in August, which shows, apparently, that American’s are more cautious about their money, what with the uncertainty on the nation’s economy. Of course, their concern for the economy actually hurts the economy, with Augusts’ credit card debt, or revolving credit, falling by $883 million, thus lowering the amount fueling the economy, and making lean the amount of jobs available.

This is not to suggest, nevertheless, that Americans are less in debt. There has been a $14.51 billion net increase in larger types of debt, or non-revolving debt, such as automotive and student loans. More people are buying cars, houses, and diplomas than before; so this probably also suggests why credit card austerity is up the last few months. When one has large debts, he is going to spend less on trivial or frivolous causes.

Consumer spending advanced 3.2 percent, compared to last year, but incomes have only increase 2.8 percent in the same item period, suggesting that such spending may lower soon. This suggests that revolving credit might continue to shrink, as consumers spend more and more inline with their income, and in terms of their larger debts. It is a minor encroachment for the expansion of the economy, and suggests a slightly more bleak hiring front for job seekers.