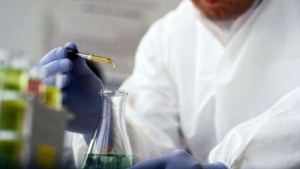 A recent report about commercial real estate shows that the New Jersey and New York City region has declined in a large way in the national rank for life sciences markets, according to NJ Spotlight.

The region dropped to seventh place in metropolitan life sciences clusters, which is a decrease from second place in 2010. The report was released by Jones Lang LaSalle, a commercial real estate firm. The report said that the reasons for the decline include consolidation after large mergers and other cities offering competitive environments.

One of the major contributors to the decline was Roche leaving its location in Nutley, where it had been operating for decades. The company also cut 1,000 jobs when it left Nutley, New Jersey. The combined region of New Jersey and New York comes in at number 14 on the life sciences employment list and 20th on the life sciences companies list. These rankings are based on the overall total employment and amount of businesses in the region.

Dean Paranicus is the chief executive of the HealthCare Institute of New Jersey, and he said, “There actually are a lot of things happening here and some constants that are very important.”

In terms of venture capital funding for biotechnology and medical devices, the region landed on the list in the fifth spot. It came in second place for funding from the National Institutes of Health. When New Jersey is considered by itself for NIH funding, it comes in at number 22 out of the 50 states.

Gordon MacInnes, the president of New Jersey Policy Perspective, said, “The growth in biotech is encouraging. As the [Jones Lang LaSalle] report points out, our location is a huge advantage. We have some huge assets. But the idea of concentrating on Fortune 100 companies locating super-large facilities in New Jersey is not the path to our prosperity. And we’re likely to suffer more as decisions are continuing to be made to consolidate the larger operations.”

MacInnes, who is a member of the Rutgers board of governors, said that the life sciences industry can be revitalized with the pending merger between Rutgers University and the majority of the University of Medicine and Dentistry of New Jersey and the partnering with Rowan University.

“This will make us more efficient for conducting clinical trials, if research at the university and hospital are working together,” MacInnes said. “It can also lead to new activity in terms of research spinoffs. Holding onto the ‘nation’s medicine chest’ slogan is now what counts. We need to redirect the conversation to things that can attract research.”

Payroll Employment Decreases in October for Oregon
Let’s Get Social
Feel like getting in touch or staying up to date with our latest news and updates?
Related Posts
Latest In Work Relationships