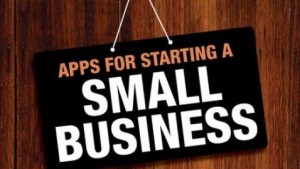 The recession that struck the United States economy had a major impact negatively on the small business industry of the country. One such industry that struggled was the business-for-sale market. Potential buyers of small businesses found themselves either unable or unwilling to put money down to purchase a small business as the recession was in full force, causing them to wait until the economy started to recover, as described in a story on Inc.

As we close 2012 and head towards 2013, and the fiscal cliff, the economy has shown signs of recovery and a little bit of stabilization. Despite this tiny growth, people continue to ponder why more small businesses are not being sold. Analysts think that since the economy has improved a bit, more and more small businesses should be switching ownership.

As the recession rolled on, government officials and economists continued to tell us that small business is the key to sustaining economic recovery. The reason that many small businesses did not change hands during the recession was that there was a lack of access to capital for these transactions. The lack of capital has limited potential buyers from completing deals and becoming owners of small businesses.

BizBuySell.com released the findings of a recent survey it conducted of 260 business brokers in the United States. Seventy percent of those surveyed said that since 2011, financing for business acquisitions has not improved. That percentage has not changed from the previous year, in which those surveyed said that financing had not improved since 2010.

Most of the brokers surveyed said that banks across the country have made the process of obtaining a loan much more difficult these days. The brokers said that most potential buyers have decided to walk away from the idea of purchasing a small business instead of going through the commercial loan process. Banks are looking for small business borrowers to have some experience and a record of success to be approved for a loan, which affects young and new entrepreneurs.

Of the brokers who were surveyed, roughly 50 percent of them said that seller financing is ‘essential’ when accelerating the sale process of a small business. Forty percent of the brokers surveyed said that seller financing is ‘important’ when it comes to accelerating the sale process. With less and less small business buyers in the market today, sellers need to do all they can to make their businesses attractive to potential buyers. In 2013, the business-for-sale market is expected to increase at least slightly, according to a margin of two-to-one of the brokers surveyed.

Staples to Close Stores Across North America
Let’s Get Social
Feel like getting in touch or staying up to date with our latest news and updates?
Related Posts
Latest In Work Relationships