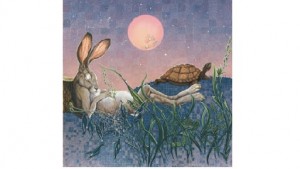 Job seekers can expect the normal months of eager seeking with modest feedback, as the latest stats on the hiring tendencies suggest that hiring is still modest, but not horrible. Unemployment has dropped to 7.4 percent, a 4 ½ year low, and while that’s good news, you’d expect something like 5 or 6 percent for a normal economy.

U.S. unemployment benefits dropped 15,000 last week to 320,000, the lowest since October 2007, and that is a good sign; it means employers are finally holding on to the help they’ve got. They still aren’t hiring well enough, but prognosticators are suggesting that the second half of the year will be better.

The first half of the year had to wrangle with an economic quagmire as taxes were increased, federal spending cut, and the global economy at an all time lull. The economy only grew 1.4 percent, and most people aren’t comfortable spending enough to bolster the economy.

But things are expected to change by the end of the year. Job growth may be subpar but it could pick up as consumers get more stable and comfortable and willing to live life as if the recession really were a thing of the past. A slow recovery, but perhaps an inevitable one, which is good news for job seekers.

June Hiring Better than Expected
Let’s Get Social
Feel like getting in touch or staying up to date with our latest news and updates?
Related Posts
Latest In Work Relationships