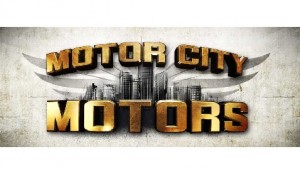 As the market overall has been doing much better, with the housing market back online and unemployment at a level resembling pre-recession figures, it is delightful to see as well that The Detroit Three are back in the game. We recall the bailouts the government resorted to when the auto market crashed, and some years in the Great Recession have seen Michigan with the worst employment rate in the union. Humbled and wiser for their mistakes, the Detroit Three – Chrysler Group LLC, Ford Motor Co., and General Motors Co. – have a new game plan on car production.

Though the market is hot for cars in the U.S., with Chrysler, Ford, and GM gaining the upper hand on market share against foreign auto-makers, they are not eager to open up a bunch of new assembly lines. That is part of the new wisdom in Detroit. Instead, to supply the demand for 16 million auto sales a year, the companies are working their existing factories harder.

They have learned from “the sins of the past,” as Jeff Schuster, the senior-vice president of forecasting for consulting firm LMC Automotive has said. “Their approach to how to manage the balance between supply and demand is much smarter and appropriate for the environment we’re in.”

That that means is they are leaving behind their practice of building new assembly lines, and instead they are running their plants on weekends, working third shifts, and working overtime. They will also be cutting their summer break in half to a mere week at Ford’s assembly plants, for instance.

Nevertheless, if the market remains hot, the three could build some more assembly lines before the end of the decade; and as it takes a few years to kick these plants into gear, they will probably be announced relatively soon. This means more jobs, more hiring, more prosperity – all the things our ears are itching to hear after this unfortunate recession.

Small Business Employment Remains Flat in February
Let’s Get Social
Feel like getting in touch or staying up to date with our latest news and updates?
Related Posts
Latest In Work Relationships