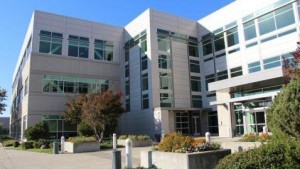 Officials from Sutter Health announced on Wednesday that the company will consolidate 1,000 jobs in their back-office to a shared services center located in Roseville. The consolidation will occur over a span of 18 months. The consolidation is part of an effort by Sutter to operate more cost efficiently while prepping for lower reimbursement from federal health reform.

The services being moved in the consolidation include health information management, hospital patient pre-services, financial services, collections and billing. The new building in Roseville is scheduled to open early in 2013 and the company signed a 10-year lease, according to the Sacramento Business Journal.

“As a long-standing member of SACTO’S board, Sutter Health routinely demonstrates its commitment to the community as it did again by selecting Roseville as the location for this new venture,” David Parkes said. Parkes is the Sacramento Area Commerce & Trade Organization board chairman and president of Flintco Pacific Inc.

Pat Fry, the Sutter Health President and CEO, said in a news release: “We’ve been a key part of the region’s economy and health care delivery system for nearly a century. The selection of Roseville for our service center represents another significant long-term commitment to support and grow with Northern California.”

Sutter employs 9,100 employees in the local area, which makes it the second-largest employer in the private sector in the Sacramento region.

Ray Kerridge, the City of Roseville Manager, said the following in a press release: “We’re thrilled. This brings new jobs, new revenues and provides opportunities for other businesses and industry sectors, like retail and construction, to experience new growth as well. Our staff worked closely with SACTO, the brokers, and Quality Investment Properties to put together a deal that allows Sutter to continue its strong investment in the region.”

According to Cornish & Carey Newmark Knight Frank, the office building sector has an office vacancy rate of 27 percent. This accounts for 1.9 million square feet of empty office space. By removing the empty HP building from the market, the vacancy rate in South Placer County will decrease greatly.

New World for Public Employment in Wisconsin
Let’s Get Social
Feel like getting in touch or staying up to date with our latest news and updates?
Related Posts
Latest In Work Relationships