Home  » Black Friday to Have More Protesters than Ever 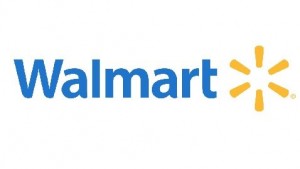 Black Friday is becoming less a secular holiday, more a sporting event, complete with stampedes, game strategies, and in the case of Wal-Mart, public protesters. Organized protesters have boasted they will picket up to 1,500 Wal-Mart stores, that is, nearly 1/3 of them, and this because Wal-Mart is the richest employer of underpaid workers.

“We do expect [the protests] to be larger than last year because we have so many more members and so much more community support,” said Dan Schadelman, who is also the director for Making a Change at Wal-Mart, as the Huffington Post reported. “We’re at an exciting moment, the movement of low-wage workers has taken off in 2013.”

What he refers to is the ineffectual but suggestive protests at fast food joints such as McDonalds, where employees picketed for living wages, as they called them, of $15 an hours.

So while you are full of Thanksgiving feast but underslept and eager to hit out your favorite stores, attempting to avoid the stampedes and the riff raff looking to outdo each other for getting coveted items for the loves ones on Christmas, you have another obstacle to take into consideration: protesters. This event, this “Black Friday,” is a sort of adventure – so be careful!

JPMorgan Chase Announces Job Cuts
Let’s Get Social
Feel like getting in touch or staying up to date with our latest news and updates?
Related Posts
Latest In Work Relationships