Home  » Massachusetts Could Lose 60,000 Jobs Due to Sequestration 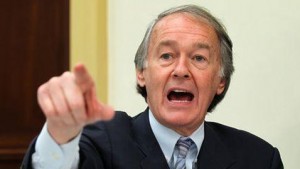 A report released on Friday by Massachusetts Representative Edward Markey from Malden says that the state will lose over 60,000 jobs if Congress permits spending cuts to take effect in March, according to The Boston Globe. The report also said that the state would lost some $103 million in federal research funding. The majority of the jobs would be lost in the defense industry.

The automatic cuts, known as ‘sequestration,’ were scheduled to take effect in January. The delay, now two months, is worth $85 billion for the remainder of the 2013 fiscal year.

“The political system is paralyzed by the different philosophies of the parties and the inability of either to enforce their solution,” said Loren Thompson, a defense industry consultant at Source Associates in Arlington, Virginia. “So sequestration will go forward because it is already the law. The question is once it triggers on March 1 what happens then? Will there be a surge of complaints from constituents that leads the parties to change their position? If not, we could have sequestration for a long time with all the destructive consequences that implies.”

A former analyst in the Office of Management and Budget in the White House, Gordon Adams, said, “I think it is extremely likely. Anybody I talk to says there is no real discussion going on here about how to avert it.”

Markey is the dean of the Massachusetts delegation Markey and he is also running in a special election for the U.S. Senate against Democrat Stephen Lynch.

“We’re not only the Bay State, we’re the Brain State, and that did not happen by chance,” Markey said in an interview. “It’s in large part due to federal funding that supports our leading researchers and scientists and innovative bio-tech companies, and federal funding that supports our education programs, and the billions of dollars our hospitals receive to train the next generation of doctors. The massive arbitrary cuts threaten Massachusetts’ role as the nation’s high tech, bio tech, clean tech hub.”

The state of Massachusetts brings in more NIH funding than any other state in the country in terms of per capita. The executive director of the Conference of Boston Teaching Hospitals, John Erwin, said, “We’re letting our foot off the gas pedal, and they are looking for opportunities to be number one.”

Markey also noted that the cuts would cause problems for local projects that are funded by the military. One of those areas would be the Small Business Innovation Research Program. This program funds research for new technologies. Because of sequestration, the state could witness close to 26 projects and $7 million disappear.

“In 2010 and 2011, Massachusetts received 745 awards totaling $227 million in funding,” the report states. “These programs fund groundbreaking research with implications for industries from national security to healthcare and energy, such as a Woburn-based company that is developing thinner and more flexible solar cells needed to maximize the power generating capability of space platforms.”

The Ten Companies that Pay the Least are the Most Successful

Ford Adding 2,200 Salaried Jobs in the United States
Let’s Get Social
Feel like getting in touch or staying up to date with our latest news and updates?
Related Posts
Latest In Work Relationships