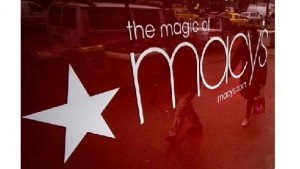 For those opposed to stores opening their “Black Friday” deals on Thursday, Thanksgiving, the prospect seems an imposition, it undercuts the family togetherness of the holiday, and expects employees who also have families to spend their day fighting with over-eager “Black Friday” holiday shoppers.

For those who think it’s fine, they claim that the feast is over by 8 p.m. anyway, they’ve had that family togetherness, and escaping the family into an eager and happy crowd of shoppers can be a fine tradition as well.

Macy’s feels this way, and once their Thanksgiving Day Parade ended, they saw 15,000 people line up for some serious holiday shopping.

“I had to get out of the way, “ said CEO Terry Lundren, regarding their 8 p.m. opening. “There was a steady stream of humanity coming through the front doors for about 12 or 13 minutes.”

Referring to them as a stream of “humanity” is refreshing, since such shoppers can at times seem animalistic.

Macy’s, meanwhile, feels it made the right move opening their sale earlier.

“The overwhelming response from our full-time associates was, ‘I would like to work those hours. They said ‘8 p.m. on Thanksgiving is much more convenient for me than having to go to bed and wake up and go to work at midnight.’”

In fact, 90 percent of the spots for holiday shopping were deliberately taken up by regular employees, eager for time-and-a-half pay.

New National Park in Maine Could Add 100s of New Jobs
Let’s Get Social
Feel like getting in touch or staying up to date with our latest news and updates?
Related Posts
Latest In Work Relationships