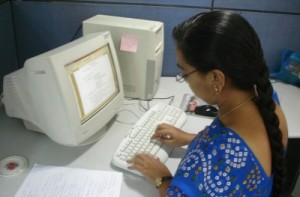 The economy is recovering and the jobs that were lost during the recession are returning – but not to the people you would expect. In an age when discussions on gender equality and sexism have become commonplace, a recent story by The New York Times indicates that jobs held by women have increased .1 percent compared to pre-recession levels, while jobs held by men are down 2.8 percent from their 2008 levels.

The jobs data was released by the Bureau of Labor Statistics in its monthly employment report and measured job gains and losses in the private sector. The New York Times compared employment numbers from January 2008, when U.S. employment was at its height, just before the start of the recession. The newspaper was careful to note that the numbers released this month were preliminary, and are often subject to revision in the coming months. In other words, the .1 percent lead that women currently have over men in the jobs arena could end up amounting to nothing, after the figures are finalized in the next few months.

Even so, the job gains women have made in the post-recession labor market have taken many by surprise. It is often the perception that employers have a bias against hiring women, due to the stereotype that maternity leave or their role as primary caretaker may disrupt or hurt their work performance.

The fact that women are finding private-sector employment in higher numbers than men may come down to the types of industries that women are working in. Professions such as health care, which have a “predominantly female work force have done better than the economy as a whole,” according to The New York Times report. Health industry employment has spiked over the last few years, resulting in new jobs for women at nearly twice the rate of men.

Close to 400 New Jobs in Laurens County, Georgia
Let’s Get Social
Feel like getting in touch or staying up to date with our latest news and updates?
Related Posts
Latest In Work Relationships