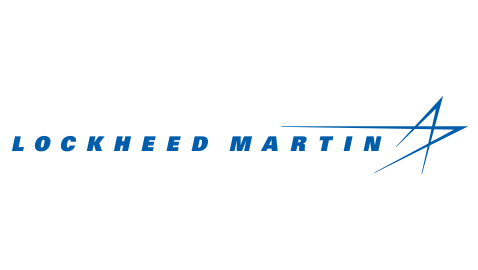 Lockheed Martin Corp, the Pentagon’s top supplier by sales, brought in around ten workers, hired through a contractor, on a temporary basis, to help meet scheduled deliveries of F-16 and F-35 fighter jets.

Lockheed spokesman Joe Stout said Lockheed, based in Bethesda, Maryland, wanted to make sure it could “continue to meet the commitments we’ve made to our customers in the F-35 and F-16 programs.”

The move is to turn up the pressure on striking Machinists, to return to work. Lockheed Martin further announced, that the hiring will continue and, that more and more temporary workers would be brought into the fold, until the striking workers decided to resume work.

Stout said, “We will add people incrementally each week as we need to.”  Hinting that the company would not allow production to sag, he said, that between 50 and 60 workers would be hired on Tuesday.

The International Association of Machinists and Aerospace Workers, or IAM, which represents 3,300 of 14,250 workers at the plant, has been on strike since April 23. The strike has entered its fifth week.

Stout felt that the temporary workers would come to the company, “with skills and experience that will allow them to become productive contributors in our factory in a very short time,” he said. However, in a veiled comment he hinted, that the company’s dependence on the new workers was, at best temporary and said, “We still want the IAM members to come back to work as soon as possible,” he said.

Robert Wood, a spokesman for the Machinists union, said that such tactics would not bother them and that it would not dampen their determination and that they would wait for a superior contract than the one that was overwhelmingly discarded on April 22.

“What they’re trying to do is get a whole bunch of people to cross the line on Tuesday” after the Memorial Day holiday, Wood said.

“It’s surprising how Lockheed Martin demands to slash our health care and go after our pension plans to ‘save money for the customer,’ but they can waste all kinds of money during this strike,” the union stated.

Union members vehemently rejected a Lockheed contract offer that proposed a 3 percent annual pay raises over three years and a $3,000 signing bonus, plus a 13 percent increase in future pension benefits. The union’s main grouse was Lockheed’s proposal to limit employee health benefit program choices and to do away with a traditional pension plan for new hires.

The IAM chief in Fort Worth, Paul Black, did not right away answer to a request for comment.

Even though the strike has had an effect on routine work, Lockheed said that it had achieved “customer acceptance” on Thursday, manufacturing a new F-16 jet for a foreign air force. This was the second F-16 jet that the company produced, following the strike that has met with customer acceptance.

To emphasize that production was not being affected owing to the strike, Stout said that, since the strike, Lockheed had also made and delivered three radar-evading F-35s to Eglin Air Force Base.

Lockheed executive vice president Larry Lawson said the company “made a fair and generous offer to the IAM members, but we have a fundamental disagreement on retirement savings. The transition to a defined contribution pension plan for new hires is an industry standard, which we have successfully implemented in a number of recent labor agreements, and is a necessary action that will help us deliver greater affordability to our customers.”

The F-35 Joint Strike Fighter, at a projected $397 billion for 2,443 aircraft over the next twenty years, is the Pentagon’s largest weapons program. Yet it has come in for a lot of criticism, for being over budget and years behind schedule. Its budgets have shrunk and an impending $50 billion cut in January is likely.

The military services and the defense contractors are under pressure to reduce costs, increase production and lessen delays – the strike is an unwelcome intrusion in their litany of woes.

Danny Cook, a worker at the company for the last 34 years, says that he he’s on strike for his family, colleagues, and future employees. “This is the biggest fight most of us will ever have and we have to prevail,” Cook said.

Unless both sides become more flexible and less rigid, and return to the table for talks, it seems that the strike is destined to become the longest in the history of the West Fort Worth aircraft plant, beating the six week strike against Convair, the plant’s operator, way back in 1946.

Coeur d\'Alene office of our client seeks associate attorney with 3+ years of ex...

A fast-growing boutique IP law firm, with expanding US and international clientele in diverse indust...