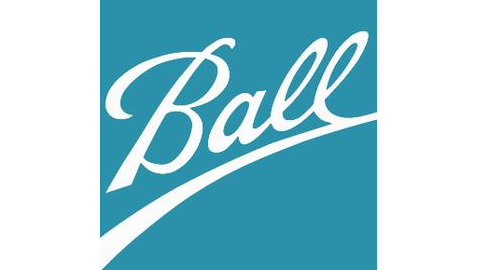 If I asked you what the Ball Corporation made what would you answer? If you answered balls then you are very wrong.  For those of you who are not familiar with the company here is a look at how they have chosen to describe themselves, “Ball Corporation is a provider of metal packaging for beverages, foods and household products, and of aerospace and other technologies and services to commercial and governmental customers. Founded in 1880, the company employs more than 14,500 people in more than 90 locations worldwide. Ball Corporation stock is traded on the New York Stock Exchange under the ticker symbol BLL.”

Sadly that symbol will be representing one less facility soon. The company is beginning an action that will close a facility in Columbus and put 110 workers out of a job when all is said and done in a mass layoff action. For those of you who are not familiar with the idea of a mass layoff action here is a look at how the federal government defines the term, “The Mass Layoff Statistics (MLS) program collects reports on mass layoff actions that result in workers being separated from their jobs. Monthly mass layoff numbers are from establishments which have at least 50 initial claims for unemployment insurance (UI) filed against them during a 5-week period. Extended mass layoff numbers (issued quarterly) are from a subset of such establishments—where private sector nonfarm employers indicate that 50 or more workers were separated from their jobs for at least 31 days.”

The layoffs were announced by the company as part of a larger plan to reduce it production of a specific can size in response to reduced demand. Here is an excerpt from the release, “Ball Corporation (NYSE:BLL) today announced it is ceasing production at two North American beverage packaging manufacturing plants to consolidate the company’s 12-ounce beverage can and end production capacity to meet changing market demand. Ball will cease production at its metal beverage packaging plants in Columbus, Ohio, and Gainesville, Fla., by the end of the fourth quarter of 2012, subject to customer requirements. The Columbus plant employs approximately 110 people and currently operates two of four existing lines that produce standard 12-ounce cans. The Gainesville plant employs approximately 125 people and produces several different beverage can ends for standard can sizes.”
The management of the company is taking a factual tone about the job losses. In a statement Raymond J. Seabrook, executive vice president and chief operating officer, global packaging said the following about the cuts to be made, “These actions are in response to a loss of standard 12-ounce beverage can volume beginning January 1, 2013, as well as continued growth in specialty beverage can packaging, which is an increasingly important part of our business. We will continue to actively manage our overall cost structure, pursue new specialty can opportunities and better position our manufacturing footprint to meet changing market conditions to offset the impact of the volume loss.”

The company expects these moves to cost about $30 million in severance and shut down costs.