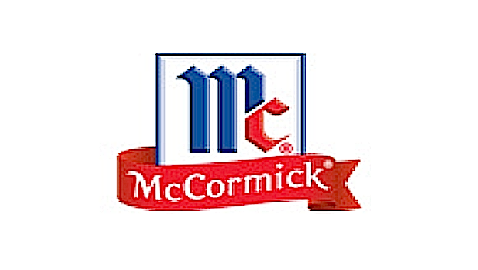 McCormick & Co is a name that you will know if you do a lot of cooking. For those of you who can’t tell a frying pan from a lobster pot here is a look at how the company has chosen to describe itself, “Since 1889, McCormick has been the Company to turn to for flavor expertise. Today the world relies on our treasured consumer brands, trusted ingredients and culinary know-how. Consumers, retail outlets, food manufacturers and food service businesses all depend on our spices, seasonings and flavorings. McCormick is so prevalent throughout the food industry that it’s very likely you enjoy the taste of McCormick every day.”

This week the spice giant tipped its hat into the acquisition ring. The company has put out an announcement about its recent acquisition of Wuhan Asia-Pacific Condiments Co., here is a look at the release put out by the company about the acquisition, “McCormick & Company, Incorporated (NYSE: MKC), a global leader in flavor, today announced that it has signed an agreement to purchase 100% of the assets of Wuhan Asia-Pacific Condiments Co., Ltd. (WAPC), a privately held company based in China.  The completion of the agreement is expected to occur in mid-2013 subject to regulatory approval.  WAPC manufactures and markets the well-known DaQiao and ChuShiLe brand bouillon products, which have a leading position in the central region of China… Annual sales of WAPC’s business are approximately Rmb 730 million (approximately $115 million in U.S. dollars).  McCormick has agreed to acquire the company for approximately Rmb 900 million (approximately $141 million in U.S. dollars).”

The now wholly owned company is likely going to go though some staffing transitions when all of the dust is settled. For now the company has not outlined any information about which positions will be made redundant when the merger is complete.

Of course this is not the only pair of companies to announce a merger in the last couple of days. For those of you who missed out on our earlier coverage here is an excerpt that will get you up to speed in not time at all, “Take for example the recently announced merger of Coventry Health Care and Aetna. For those of you who are not familiar with the acquisition here is a look at the official announcement, “Aetna (NYSE: AET) and Coventry Health Care, Inc. (NYSE: CVH) today announced that they have entered into a definitive agreement pursuant to which Aetna will acquire Coventry in a transaction valued at $7.3 billion, including the assumption of Coventry debt.(1) Coventry is a diversified managed health care company that offers a full portfolio of risk and fee-based products, including Medicare Advantage and Medicare Part D programs, Medicaid managed care plans, group and individual health insurance, coverage for specialty services such as workers’ compensation, and network rental services. The acquisition is projected to add nearly 4 million medical members and 1.5 million Medicare Part D members to Aetna’s membership…For the current moment the company has not said how many workers are set to be impacted by this kind of a merger, but when all is said and done the workers will no doubt feel some kind of an impact in terms of job losses. There will be some redundancy that will cut back on the number of staffers, though for not there is no hard number.”