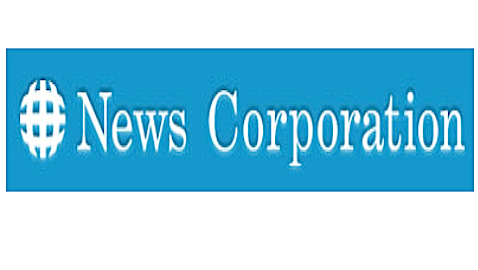 News Corporation is a name that many of you may know, or think that you know. For those of you who are not familiar with the full extent of the company and its dealings here is a look at how they have chosen to describe themselves, “News Corporation (NASDAQ: NWS, NWSA; ASX: NWS, NWSLV) had total assets as of June 30, 2012 of approximately US$57 billion and total annual revenues of approximately US$34 billion. News Corporation is a diversified global media company with operations in six industry segments: cable network programming; filmed entertainment; television; direct broadcast satellite television; publishing; and other. The activities of News Corporation are conducted principally in the United States, Continental Europe, the United Kingdom, Australia, Asia and Latin America.”

Sadly the company is getting ready to layoff about 70 workers at one of its companies. News Ltd, which is based in Australia, will be cutting back almost entirely on editorial positions. The company has yet to make comment about what kind of benefits or assistance they may give the soon to be displaced workers.

The company recently released its fiscals and they actually seem to be somewhat encouraging, which makes one question why layoffs are the order of the day. Here is an excerpt from that report, “The Company reported annual revenue of $33.7 billion, a $301 million, or 1%, increase over the $33.4 billion of revenue reported a year ago. The annual revenue increase was led by 14% growth at the Company’s Cable Network Programming segment, partially offset by declines primarily at the Company’s Publishing and Other segments.  The Company reported annual total segment operating income(3) of $5.4 billion compared to $4.9 billion reported a year ago. This increase was driven by operating income improvements at nearly all of the Company’s segments, led by a $535 million, or 19%, increase at the Cable Network Programming segment and a $205 million, or 22%, increase at the Filmed Entertainment segment. These improvements were partially offset by decreases at the Publishing segment, reflecting advertising weakness at the international newspaper and integrated marketing services businesses, and the absence of contributions from The News of the World. The full year results included a $224 million charge related to the costs of the ongoing investigations initiated upon the closure of The News of the World. The prior year results included a $125 million charge at the Company’s integrated marketing services business related to the settlement of litigation. Excluding these charges from both years, respectively, this year’s adjusted total segment operating income of $5.6 billion increased $628 million, or 13%, from $5.0 billion in the prior year.”

As you can imagine this is not the only organization getting ready to make cuts when it comes to the news. For those of you who missed out on our earlier coverage of cuts at The Boston Globe, “The Boston Globe is a newspaper that is read by many in the Boston metro area. Many people know the newspaper for its reporting, and for the accompanying website. Most of the readers however don’t think of it as an employer, but they are. Well, at least they were for 53 workers who are soon to be cut from the payrolls.”