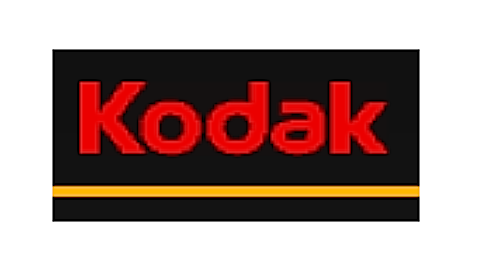 Kodak is name that many of your may know, but when you think about the company does a lot. Or at least they used to. The company is getting ready to cut back on its business operations in order to become a more profitable operation. Here is a look at how the company has chosen to describe itself, “As the world’s foremost imaging innovator, Kodak helps consumers, businesses, and creative professionals unleash the power of pictures and printing. If you can see yourself in our vision, Kodak is the place for you.”

Sadly the company is getting ready to make about 400 job cuts. 300 of the job cuts will come from various operations around the world. Then there are the cuts to the USA. The remaining 100 cuts are set to come from workers in the city of Rochester, triggering a mass layoff action. For those of you who are not familiar with the idea of a mass layoff action here is a look at how the federal government defines the term, “The Mass Layoff Statistics (MLS) program collects reports on mass layoff actions that result in workers being separated from their jobs. Monthly mass layoff numbers are from establishments which have at least 50 initial claims for unemployment insurance (UI) filed against them during a 5-week period. Extended mass layoff numbers (issued quarterly) are from a subset of such establishments—where private sector nonfarm employers indicate that 50 or more workers were separated from their jobs for at least 31 days.”

These cuts are part of a larger plan  by the company to recover from the fiscal problems that led them to file for Chapter 11 recently, “Eastman Kodak Company today outlined its next steps toward a successful emergence from Chapter 11 reorganization as a company primarily focused on commercial, packaging and functional printing solutions and enterprise services. Accordingly, the company has initiated sale processes for its market-leading Personalized Imaging and Document Imaging businesses… In accordance with its prior announcement, the company is continuing discussions with parties with respect to the potential sale of its digital imaging patent portfolio. The company reiterates that it has made no decision to sell the portfolio and Kodak may, in consultation with creditors, retain the portfolio as an alternative source of recovery for creditors.”

Sadly this is not the first time that the company has resorted to layoffs in order to cut back on its expenses. For those of you who missed out on our coverage of earlier layoffs by the company here is an excerpt from that coverage that will get you up to speed in no time at all, “The Eastman Kodak Company of Rochester New York has announced that it will be conducting more layoffs in June. The company which has been in bankruptcy, had been planning to let go 91 employees in late June, but another forty-one are to be laid as well, a week later, and from three of their locations.” And this was only one in several rounds of previous layoffs.