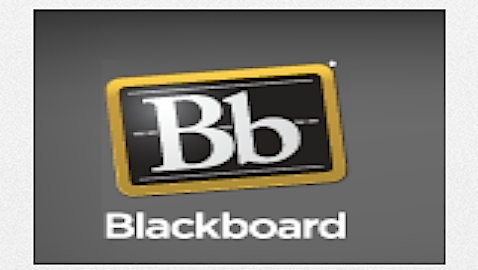 BlackBoard is something that you may have used, if you have chosen to get your education online in the recent past. For those of you who are not familiar with the company lets begin by taking a look at how the company chooses to describe itself, “From our beginning as a small education technology company, Blackboard has been dedicated to improving every aspect of the education experience for millions of learners and educators around the world. We work with thousands of higher education, K-12, professional, corporate, and government organizations, providing them with tomorrow’s education experience today. The drive to make a difference and lead the evolution of education is at the core of what makes our solutions so effective. At Blackboard, we’re always working to create new stories of improvement. From teachers and administrators to students and parents, we build on everyone’s best to build a better education experience.”

Sadly the educational support company has cut back on 90 workers in order to make its staffing more in line with the company’s current budget issues. The loss of this many workers however is enough to qualify as a mass layoff action under the current federal guidelines. For those of you who are not familiar with the idea of a mass layoff action here is a look at how the federal government defines the term, “The Mass Layoff Statistics (MLS) program collects reports on mass layoff actions that result in workers being separated from their jobs. Monthly mass layoff numbers are from establishments which have at least 50 initial claims for unemployment insurance (UI) filed against them during a 5-week period. Extended mass layoff numbers (issued quarterly) are from a subset of such establishments—where private sector nonfarm employers indicate that 50 or more workers were separated from their jobs for at least 31 days. The only good news is that the company has to, under the terms of a mass layoff action, the workers must be given several weeks of notice before they are put off of the payroll and onto the unemployment line.

Interestingly enough the company has chosen to highlight, in its latest release, the company chose to highlight a new release instead of talking about the job cuts to come in the near future, “One year after its release, more than 1,800 education, government and business organizations – almost one-third of Blackboard Inc.’s mass notification clients – have upgraded to the advanced Blackboard Connect 5 platform, the company announced today. Together, Blackboard Connect clients engage more than 28 million people around the world, with the Connect 5 platform reaching nearly 10 million members of that population. Blackboard also released a number of new product updates and integrations for the platform, further demonstrating the company’s commitment to innovations that increase community engagement and safety. Blackboard Connect is a multi-modal notification system that officials use to quickly send important messages to an entire population or targeted groups of people through voice, email and text (SMS) messages, as well as posts to Facebook and Twitter.”

BlackBoard may have jobs available now. Click here to see them.