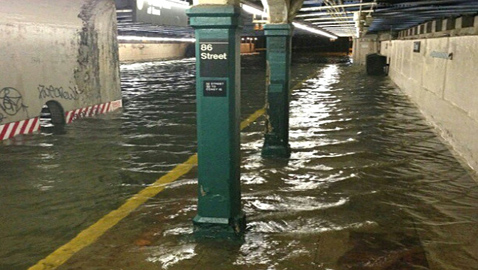 Two types of advertising held fort during Hurricane Sandy. One in which people made a genuine effort to help people in distress and made appropriate ad attempts that were targeted at public service and second, those people who exploited the bad news for their personal gains.

What was really hypocritical and jarring was that some tried to make capital of the storm by garbing their ads as philanthropic social service efforts whilst trying to gain from them.

Some of the ads were perceived to be exploitive and insensitive

Retailer Jonathan Adler Brand ran afoul of consumers when it cajoled buyers to “storm our site” and that those who entered “code Sandy at checkout” would get free shipping. The ads were considered insensitive. After a flood of complaints the retailer changed the code to “Stuckinside” or “Freeship1012.” Alarmed at his tactic gone wrong the retailer hastily apologized.

Three other retailers also were guilty of taking advantage of the unfortunate situation. American Apparel advertised on Twitter aiming it at those who were “bored during the storm.” It also said that it was organizing a “Hurricane Sandy Sale” with a checkout code “Sandysale.” Twitter users were quick to pounce on the retailer, reminding him that people have died and would he stop being so exploitive and unfeeling.

Gap.com first counseled people to “stay safe,” and then, as if that was enough, went on to tell and ask them, “We’ll be doing lots of Gap.Com shopping today. How about you?” As if this open coaxing was lacking in sensitivity, the retailer followed it by a distasteful check-in code, “Frankenstorm Apocalypse — Hurricane Sandy.” Like Adler, Gap also had to eat humble crow and tender an apology.

The worst of the lot was Urban Outfitters who were so trivializing of the seriousness of the storm and so inconsiderate about the millions affected that they had the gall to coin a pun about wind that is too repulsive and inappropriate to repeat. It offered free shipping with its checkout code being “Allsoggy” – some sense of black humor.

But other brands who advertised during the storm received praise and were commended for their efforts. Such ads were considered pertinent to the situation as they addressed post-storm requirements.

Allstate sponsored radio commercials explaining to policy holders how to file claims. American Express sent emails to its card holders who were located in the areas that were impacted by the hurricane offering them “emergency financial, medical or travel assistance.” JetBlue Airways assured customers whose travel schedules went haywire that they would not “charge change and cancellation fees” for those rescheduling their flights.

One company whose efforts were widely admired was Duracell Batteries, marketed by Proctor and Gamble. They sent a truck to the New York metropolitan area.  The truck offered free batteries and provided free access to people wanting to charge their mobiles and other appliances.

Facebook and Twitter were flooded with people who were appreciative of the company’s philanthropic efforts. Joe Edelson, a public relations spokesperson for the company said that it was “the appreciation of folks that are in need of help.”

Other marketers made their contributions in more material ways. Coca-Cola said that its philanthropic section had pledged to spend $1 million on “community relief efforts.”

Advertisers said that it was a recognized marketing tactic to link their ads to a current event and hence saw nothing wrong in people trying to gain from it. Moreover, they say no one talks about the loss in revenue for marketers who had to yank of their ads owing to the storm.

Others say that it was rather insensitive and exploitive to make commercial gain from a grim situation in which many lost their lives, property worth billions has been devastated and millions have been affected forever.