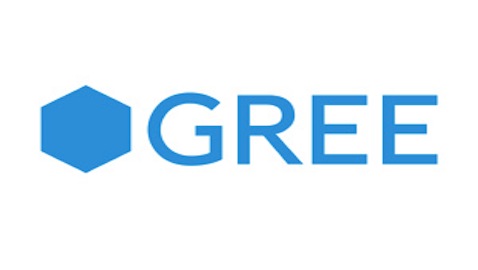 Gree is a name that many of you have more than likely not heard in the past, unless you spend a lot of time looking at the world of social gaming. That is why before we take a look at the job cuts that the company is making we are going to being by getting a look at how the company has chosen to describe itself, “GREE is a global mobile social gaming company at the forefront of mobile technology. GREE is focused on building the world’s leading gaming ecosystem for users and developers, while creating and supporting unique free-to-play game content. GREE is continuing to expand globally and has offices in Tokyo, San Francisco, London, Singapore, Seoul, Beijing, Amsterdam, Dubai, Sao Paolo, and Vancouver.”

Now that we are up to speed we can talk about the 25 jobs that the company is cutting back on. The cuts, which are associated with the cut back of their Open Feint platform, will not be enough to qualify under a mass layoff action under the current federal guidelines. For those of you who are not familiar with the idea of a mass layoff action here is a look at how the federal government defines the term, “The Mass Layoff Statistics (MLS) program collects reports on mass layoff actions that result in workers being separated from their jobs. Monthly mass layoff numbers are from establishments which have at least 50 initial claims for unemployment insurance (UI) filed against them during a 5-week period. Extended mass layoff numbers (issued quarterly) are from a subset of such establishments—where private sector nonfarm employers indicate that 50 or more workers were separated from their jobs for at least 31 days.”

For its part the company, in its most recent release, chose to talk about an award instead of the job cuts to come , “GREE today announced the first ever winner of its GREE Loves Indies “Indie of the Month” contest—Tiny Utopia’s Epic Mech Wars. The game was created by Tiny Utopia’s founder Neal Nellans and will be available for mobile devices on GREE Platform this holiday season. “Epic Mech Wars is a great example of the quality and innovation we see coming from the indie developer community,” said David Chu, Director of Developer Marketing, GREE International, Inc. “Tiny Utopia really shows how small teams can create unique experiences and are the driving forces behind the Platform and initiatives like GREE Loves Indies”  Tiny Utopia is an independent Austin, TX-based studio, led by Neal Nellans. Its first 2012 release, Epic Mech Wars, is a fast paced, head-to-head battle simulation game that allows players to customize their robots, defeat other players, and control the planet.”

Interestingly enough this is not the only social gaming company to cut back on jobs in order to make things work with the budget. For those of you who missed out on our earlier coverage of cuts to Zynga here is an excerpt that will get you up to speed in no time at all, “Earlier this week the company chose to cut back on about five percent of its workers, in a move designed to help the company cut back on costs. The layoffs have impacted workers in several US cities, including Austen, Chicago and Boston, though at this time it is not clear if the company has triggered a mass layoff action.”