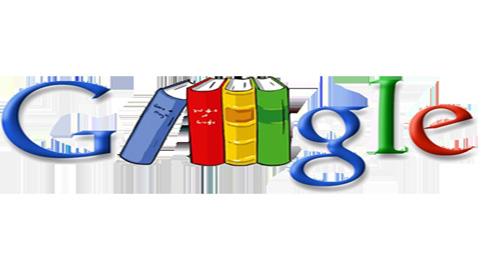 Hardly has any time elapsed since the Federal Trade Commission reportedly voted to impose a $22.5 million fine against Google for privacy infringements, the Internet company finds itself embroiled in yet another controversy, which could result in the 22 million penalty seem like peanuts compared to what it may have to cough up this time around.

Authors across the world are incensed with Google over its digitization of their books and have taken the internet giant to court.

Google commenced digitizing books almost a decade ago, following agreements with libraries of such venerated institutions as Harvard, Oxford and Stanford Universities. The company says that digitization of books provides the public, especially students and scholars, with easy and ready access to books thereby doing them a great service. Moreover, they say that the company is not violating any copyright laws and that its practices count as fair use under US copyright laws.

However, the Authors Guild, led by writer and attorney Scott Thurow, dispute the claim saying that the digitization of books does not fall under the fair use set of guidelines and have said in their court filing that, “Google’s unauthorized uses are for a commercial purpose; involve verbatim copying, distribution and display of protected expression; are not transformative, and if they become widespread would adversely affect actual and potential markets for copyrighted books.”

Following a federal judge’s refusal to accept a $125 million settlement offer in March 2011, the authors won class action status in May. The authors are seeking summary judgement and “$750 in damages for each book that Google copied, displayed or distributed.” Given that Google has purportedly scanned more than 20 million books, since 2008 when they had started the digitization operations, the penalty price tag is beyond the calculations of simple arithmetic. It is mind boggling to say the least. They could end up paying billions in damages.

However, reports say that of the 20 million books that Google has evidently digitized, not all attract copyright litigation, but it is assumed that 4 million of the scanned books infringe US copyright laws and hypothetically the internet giant could be on the hook for over $1 billion in damages.

Even though the Authors Guild motion for summary judgment was filed towards the end of July it was made public on August 3.

In its motion the Authors Guild attempts to show the Google digitization program is a commercial venture to gain “a competitive edge over its rivals, like Microsoft and Amazon, by scanning the contents of printed books. They allege that Google’s “unauthorized uses fall far outside the parameters of section 107’s fair use doctrine.

Google’s unauthorized uses are for a commercial purpose; involve verbatim copying, distribution and display of protected expression; are not transformative, and if they become widespread would adversely affect actual and potential markets for copyrighted books.”

However, Google has asserted that its scanning program will easily meet the parameters of fair use, saying that full scan of the book was required to achieve full text indexing, and that the index offers significant benefits to the public as well as to authors with no evidence of any harm to authors.

But the Guild counters the claims that the program falls far outside the stated intentions regarding copyright policy. Just because they say its fair it does not become so, the authors say. It is virtually impossible to locate copyright owners and obtain permission from them and moreover the Google Books benefits libraries. The guild says that the courts and not Google will determine whether or not it is in the public interest or have they used copyrighted works without the permission of the owners of those copyrights.

The Guild says that on the four-factor test, that will analyse the fair use claim, Google falls short on all four counts. Google use is entirely commercial in nature and not transformative as the company is not “engaged in accepted fair uses such as criticism, comment, news reporting, teaching, scholarship, and research. “  The Authors Guild says that Google’s behaviour can in way, even distantly be compared to the usual fair use cases.

The second factor, the nature of the copyrighted works, does not impact either of them too much. Both agree that Google has scanned all types of works.

The third factor is one that Guild believes tilts the case strongly in their favour. It is something that they don’t even have to prove as Google has already admitted that they are copying entire works and storing them on their server to return search results. Whilst Google says that it is important to scan the book in its entirety to make the work searchable, the Guild alleges that in due course, Google will “display most of the verbatim expression from the books to its users collectively.”

On the fourth and final factor, the market impact of the books, the Guild says that is yet another aspect that goes in their favour. “Google’s verbatim reproduction of the books for itself and its library partners and its distribution of entire digital copies to libraries clearly supersedes the original, serving as a market replacement for them.”

The guild says that if Google is allowed to get away with this transgression it will have far reaching effects and negatively impact future markets for authors, “If Google’s uses are found to be fair,” the brief states, “this will legitimize widespread digital copying without permission, thereby impeding the development of collective licenses for digital uses of books and excerpts of books from search engines, libraries, and others.”

Whether the Guild manages to prove that Google’s copying is not fair use, it has crossed the first hurdle. The question now is whether the courts will rule if the program is philanthropic in nature or is it a commercial for-profit venture – either way it is going to make copyright history and set the parameters for what constitutes fair use.