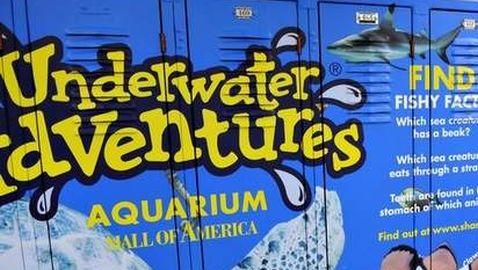 In Pennsylvania, the North Penn School District is considering advertising for its schools. The finance committee of the school has invited the owner of a company from Lancaster that serves as the middleman between districts and advertisers to attend a meeting to pitch services and explain the benefits for the district.

Market Street Sports was founded by Jeff Bertoni, who recommends rates beginning at $5,000 and that contracts last for three years.  The company would take care of contract negotiations and billing and graphic design for 30 percent of the revenue, according to The Reporter.

Some of the ad ops for the school could involve sponsoring the morning announcements, signs placed inside and outside of the building and signs on sports fields and school vehicles.

“Some school districts don’t want to advertise in classrooms, but all the power rests with the school board to make those decisions,” Bertoni said.

Bertoni told the district that he has worked with 12 other districts in Pennsylvania, with some generating anywhere from $40,000 to $150,000 per year in revenue from the ads. He also warned that other districts made nothing at all. The budget at Souderton is a little over $107 million right now.

“This sounds like a great idea,” Scott Jelinski, the school board vice president, said.

Public Citizen released a report earlier in 2012 that analyzed advertising programs in the 25 largest school districts in the United States. The group is a consumer advocacy group that was created by Ralph Nader in 1971. The districts analyzed in the report included Orange County, Florida; Jefferson County, Colorado; and Houston and Dallas, Texas.

The director of Public Citizen, Robert Weissman, said, “Commercial advertising communicates values that are in conflict with the fundamental mission of primary and secondary schools,” he said. “While schools are helping kids develop a sense of self and how to engage with their peers, commercial advertising teaches them to value themselves over others, and to value what they have rather than who they are.”

Weissman also noted that kids learn that “everything is for sale” when these types of ad contracts are agreed upon between schools and advertisers. Supporters of these ads say that children see ads from birth, so they are used to them.  Weissman used this as the reason why schools “should be a relative haven from those kinds of commercial pressures. It should be commercial free so there is some place where kids can operate with community values rather than commercial values.”

Weissman also said that he understands that schools have budget problems, but that the money will not make a difference.

“We think it’s harmful and schools shouldn’t be up for sale,” Weissman said, “but it’s made even worse when the income streams are so trivial.”

Where can you find the most Advertising executive jobs? Click here.