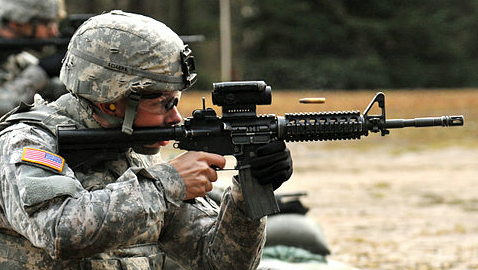 Summary: The state of Washington is preparing to deal with potential military downsizing by putting a grant from the Department of Defense into action.

The Governor of Washington, Jay Inslee, recently said that the state will receive $4.3 million in a grant from the Department of Defense, according to Seattlepi.

The grant will support local efforts to fight the impact of a possible downsizing of the defense industry in the state.

The military industry in the state of Washington accounted for 136,000 jobs and $15.7 billion in economic activity in 2012.

In the 39 counties in Washington, 35 of them are home to companies doing defense work, totaling 1,500 companies.

The state has the sixth-largest military presence in the country with personnel at assets and bases located throughout Washington.

The grant will be issued from the Department of Defense Office of Economic Adjustment’s Defense Industry Adjustment program. The grant will also be matched by more than $500,000 using local and state monies from the brand new Washington Military Alliance.

The alliance was formed by the governor in an effort to prepare for the possible military downsizing.

“The military and defense sector is an economic backbone for many Washington communities and a driver of economic development statewide,” Inslee said. “As the DOD reduces military assets around the country, we want to make sure we are prepared and ready. By planning ahead, we will ensure Washington remains in a strong position to support our military and defense infrastructure, its diverse industry supply chain and the tens of thousands of jobs associated with this industry.”

A plan will be implemented using the grant from the DOD to cut down on the military downsizing impacts on the state. The plan is called the Washington State Military and Defense Sector Industry Adjustment Analysis and Strategy.

The plan will assess the depth of the military contracting footprint in Washington, support technology transfers, create a strategy to help regional businesses that are reliant on military spending, retain the defense sector companies and workforce in the state and much more.