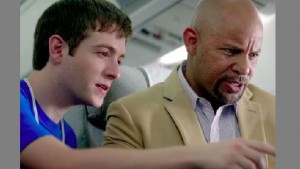 Apple has discontinued their Genius Bar ads, which aired for just the first weekend of the Olympic Games. But it’s not due to the backlash and dislike for the ads, Apple’s Ad agency told Mashable, but because they were only intended for a ‘first run.’

Nevertheless, that seems to be more than enough to many Apple fans who were not overly amused by the middle aged men bumbling their Macs only to be rescued by the boy Genius, an Apple technician. Apple’s theme prior to this was on the distinctive intelligence of its users.

Many blogs have criticized the ads since their initial run, and on YouTube, they’re like to dislike ration is much more dislike emphasized than their other ads.

Nevertheless, in a move that Apple could not have intended, the ads were disseminated by haters who brought them up to criticize them, thus adding to the buzz and giving the illusion that Apple even intended this and can do no wrong.

Meanwhile, the ads remain displayed on Apple’s website, and Apple seems to have gotten its message across: they have a stellar tech support team (and perhaps it takes a genius to use their machines!) Whether they will give it another run has not been fully ruled out yet.

Barnes & Noble Step Up Their Holiday Advertising
Let’s Get Social
Feel like getting in touch or staying up to date with our latest news and updates?
Related Posts
Latest In Work Relationships