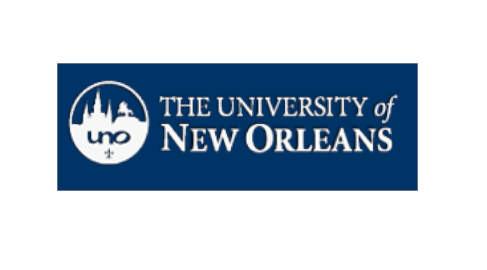 The University of New Orleans is a school that prides itself on a less than traditional experience for its students. For those of you who are not familiar with the school here is a look at how they have chosen to describe themselves, “Your UNO education will not be defined by the classroom walls. Our faculty and students are connected to their fields of expertise in both scholarship and in application; you’ll get your hands dirty learning here. Whether you perform at a local jazz club or apply your knowledge of naval architecture to a local ship building operation, you’ll put what you’ve learned into action long before you graduate. The UNO campus is just minutes from the French Quarter, yet our reach is global. With international programs, students from ninety countries, and cooperative research with scholars from around the world, the University of New Orleans transcends borders. Our community is limitless!”

Sadly the university is getting ready to, amount other things, cut back on 130 positions. In a statement put out by the university the rest of the cuts were outlined, “The University of New Orleans is initiating a plan of budget reduction and savings that will total approximately $12 million by the end of the current fiscal year, President Peter J. Fos announced today. The cuts are due to a reduction in the University’s state appropriation of $9.3 million and increases in retirement costs, fringe benefits and other mandated expenses as well as an expected moderate decline in enrollment for the fall 2012 semester…”
Sadly these kinds of cuts will, even with the 30 positions to be lost to attrition, will be more then enough to qualify as a mass layoff action. For those of you who are not familiar with the idea of a mass layoff action here is a look at how the federal government defines the term, “The Mass Layoff Statistics (MLS) program collects reports on mass layoff actions that result in workers being separated from their jobs. Monthly mass layoff numbers are from establishments which have at least 50 initial claims for unemployment insurance (UI) filed against them during a 5-week period. Extended mass layoff numbers (issued quarterly) are from a subset of such establishments—where private sector nonfarm employers indicate that 50 or more workers were separated from their jobs for at least 31 days.”

As you can imagine the administration of the university is not thrilled about having to make these kinds of cuts. “These represent the most significant budget cuts in the history of our institution,” Peter J. Fos, the president of the university, said in the release. “We undertook this process with great deliberation, intent on preserving the academic core of the University. We solicited feedback from both academic and non-academic personnel. And we were still faced with some very difficult choices. I am disappointed that we have been forced to eliminate instructor and staff positions, but we simply don’t have any choice. We remain committed to maintaining academic quality and giving our students the best university experience possible.”